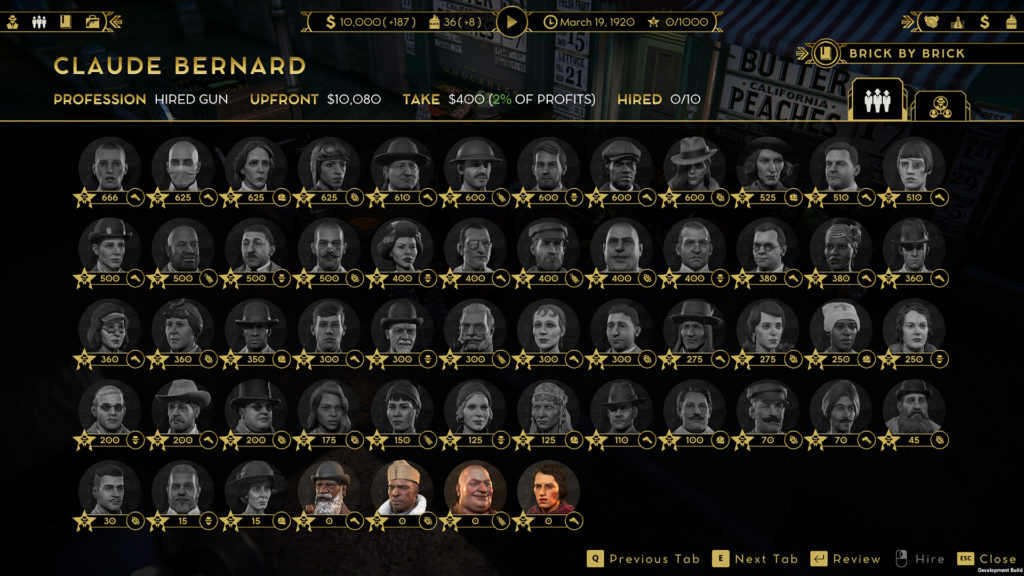 You arrive in Chicago, a whole city for the taking – but you’re outnumbered. Fortunately your previous efforts left you with enough to hire a couple gangsters and keep some pocket change.

At first there are only a handful of gangsters who are willing to work with you. Your reputation hasn’t made it here. That will change soon. As you take over the city your notoriety will increase and so will be the available roster.

Hired Guns are marksmen by trade. What they lack in brawn they more than make up in accuracy and critical hits. Over time they can learn how to use new kinds of weapons or develop talents like Run & Gun, where they can move and shoot in the same action, or Gun Em’ Down, where they can fire a single shot at every enemy target within range.

Enforcers can really give a beating, and take one to boot. Just give them a bat, crowbar, or brass knuckles and they’ll be happy. The best thing about those? You don’t have to stop to reload. Among the new talents they can develop are Draw Fire, which you can use to distract enemies away from your other team members and Meat Hook, which can pull enemies towards them. 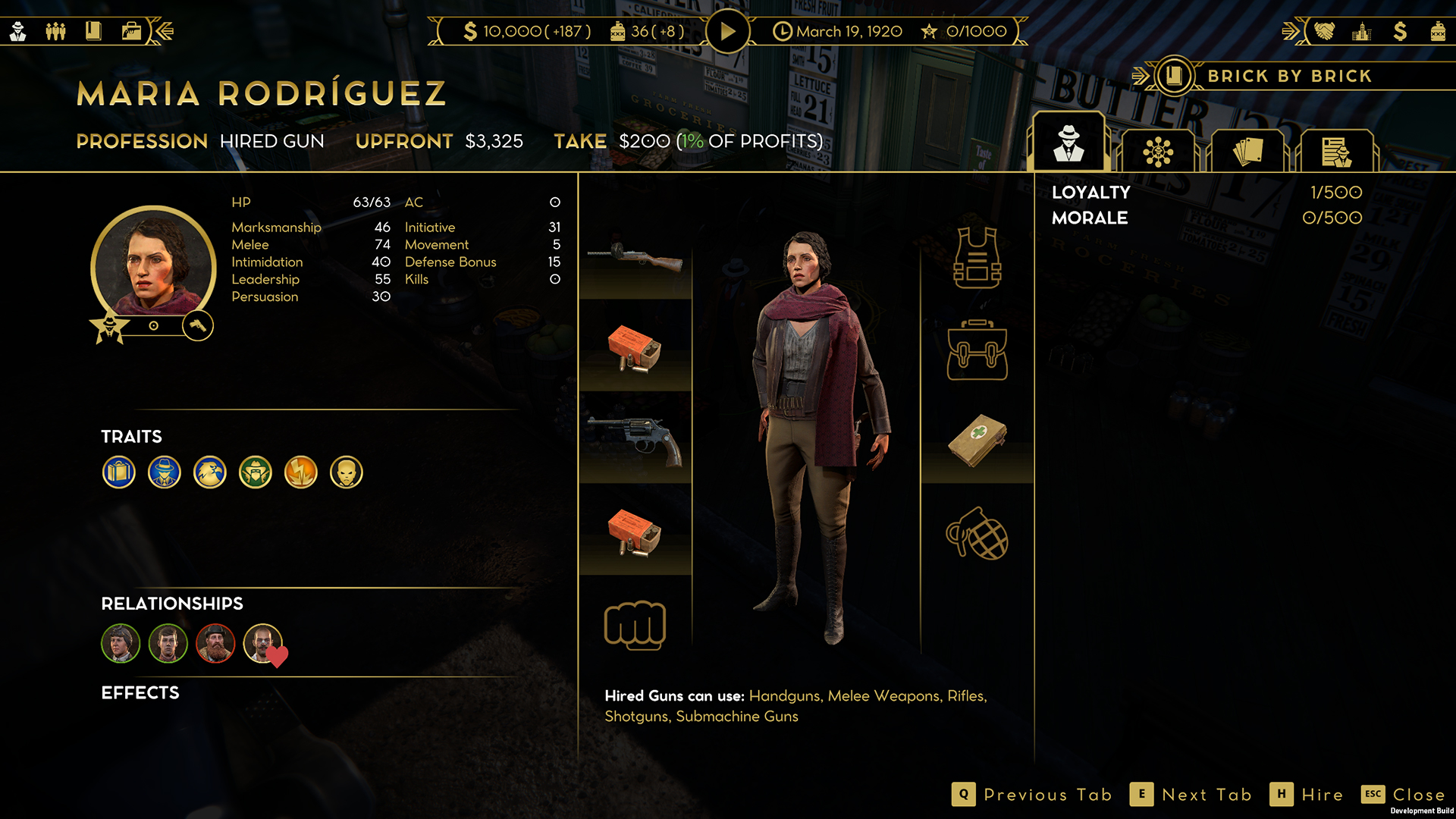 Demolitionists are the best at using explosives. Call on them to raze buildings down, or chuck some grenades in the heat of combat. With talents like Break Shot, which has a chance to disable the opponent’s weapon or Time Bomb, where they throw a bomb that explodes in 3 rounds, they can drastically change the course of the fight.

Doctors can heal during combat and lower the chance of your gangsters taking serious injuries. Outside of combat they boost the passive heal of nearby gangsters. As if that wasn’t enough, they can learn talents such as Knee Cap, which aims directly at enemies’ knees to slow them down and Miracle Elixir, which cures and gives them an extra action point for a couple of rounds. 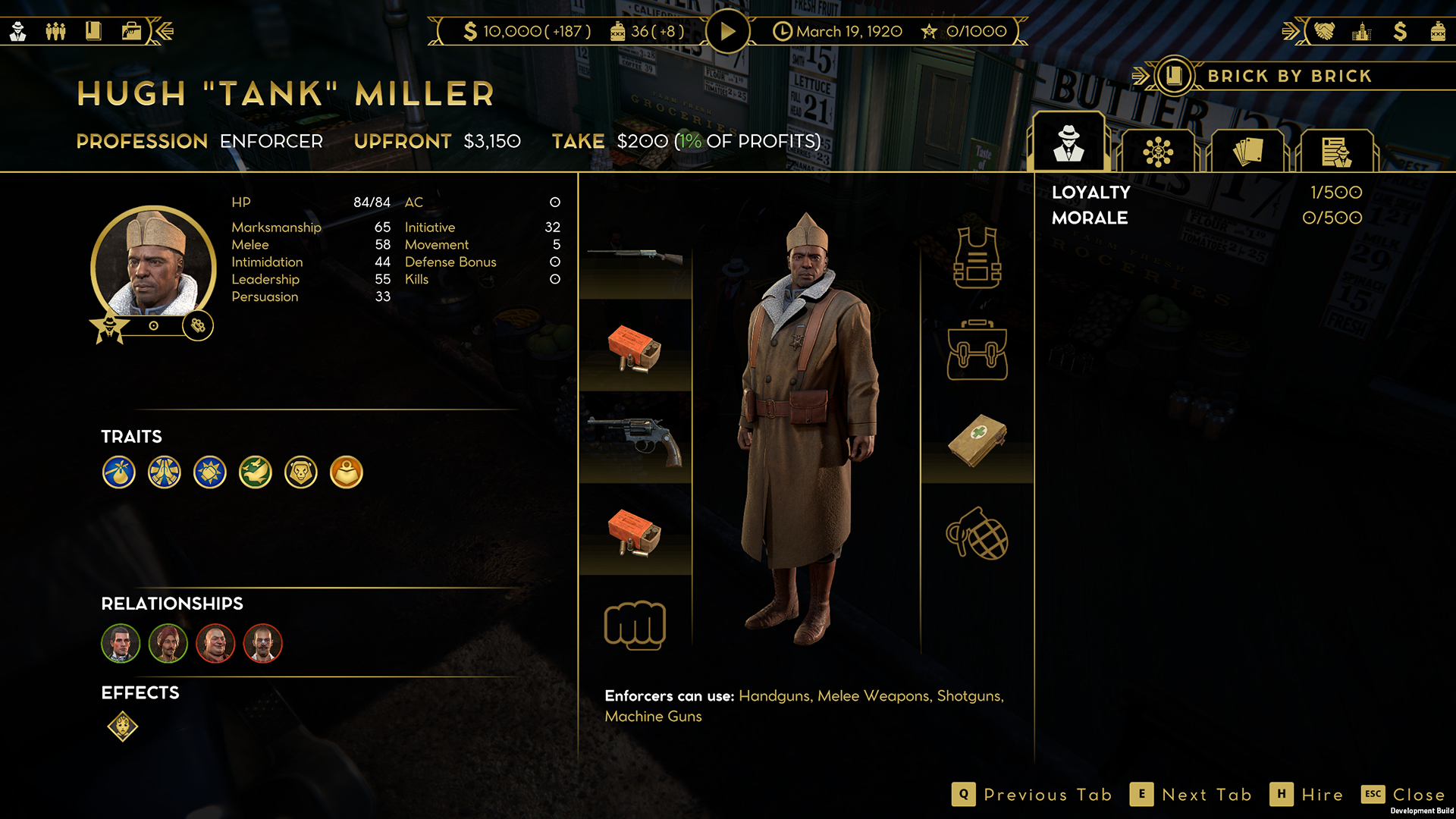 Con Artists can move farther and faster, and when raiding a racket can coax a little extra cash out of the safe. Their talents include Flush, which causes enemies to move out of cover and Kill chain, which gives you an extra action point if your shot kills.

Hiring gangsters is easy if they’re already willing to work with you. Just pay their upfront fee! The trick is keeping them around. You see, you’ll have to hand them a share of your profits. As your empire expands, your profits rise and better gangsters become available. Are you sure you still want to keep your initial crew around?

Before you do anything you might regret, be sure to check who they know. After a while, when your gangsters trust you enough they’ll start introducing you to their friends. Then you can cut them loose. 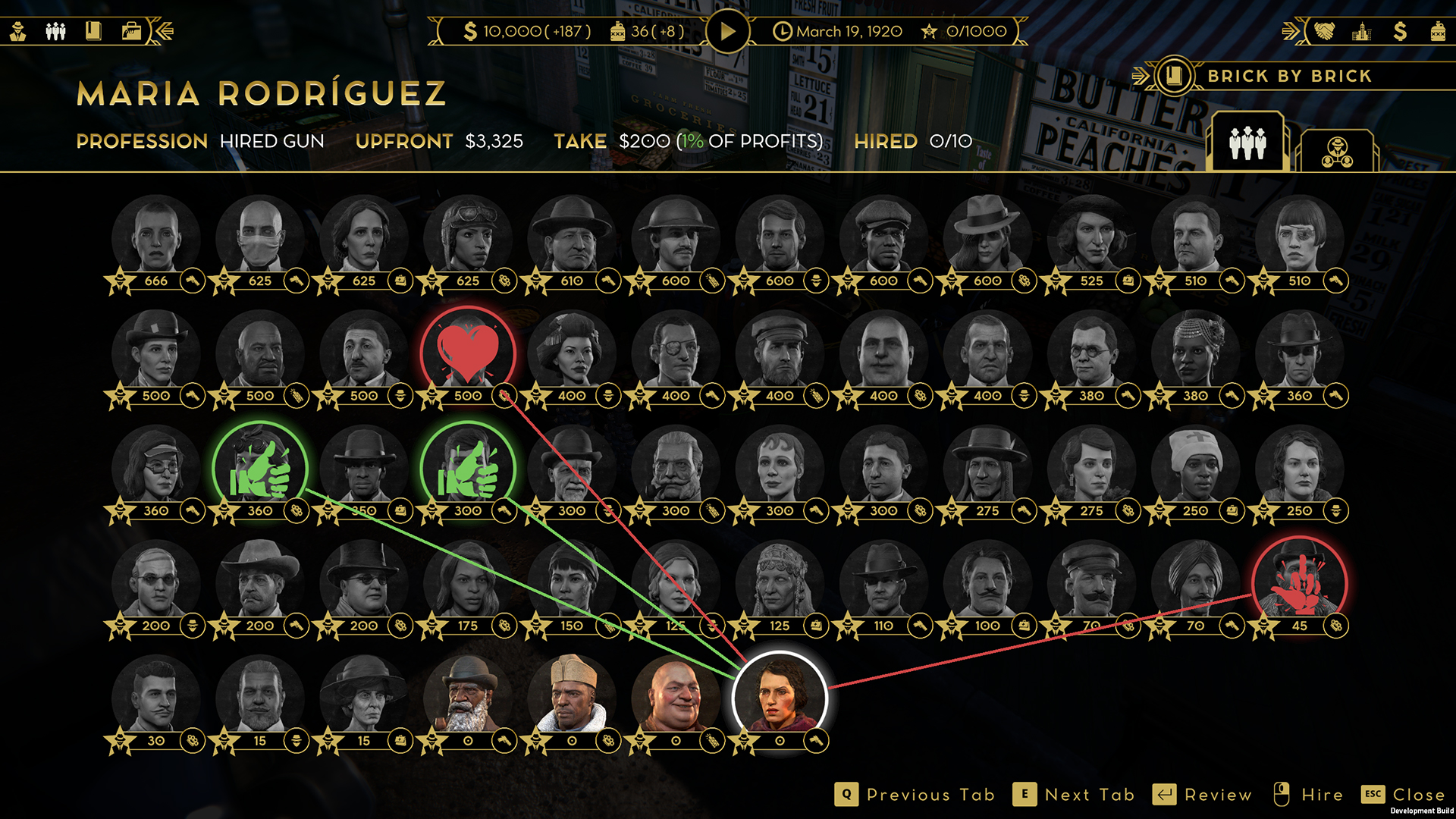 So, how many gangsters do you want to start with? The safest option would be two. The starting money covers their initial fee and whatever’s left can be used to pay their shares and convert rackets you took over. Did you think that was going to be cheap? You have to spend money to make money.

You could also ignore my advice, look for three cheaper gangsters and hope the enemy factions build the racket types you need or keep all the money and try your luck as a lone wolf, scoping what rackets are currently for sale.

I’m sure you can already imagine interesting combinations from the descriptions above, such as: 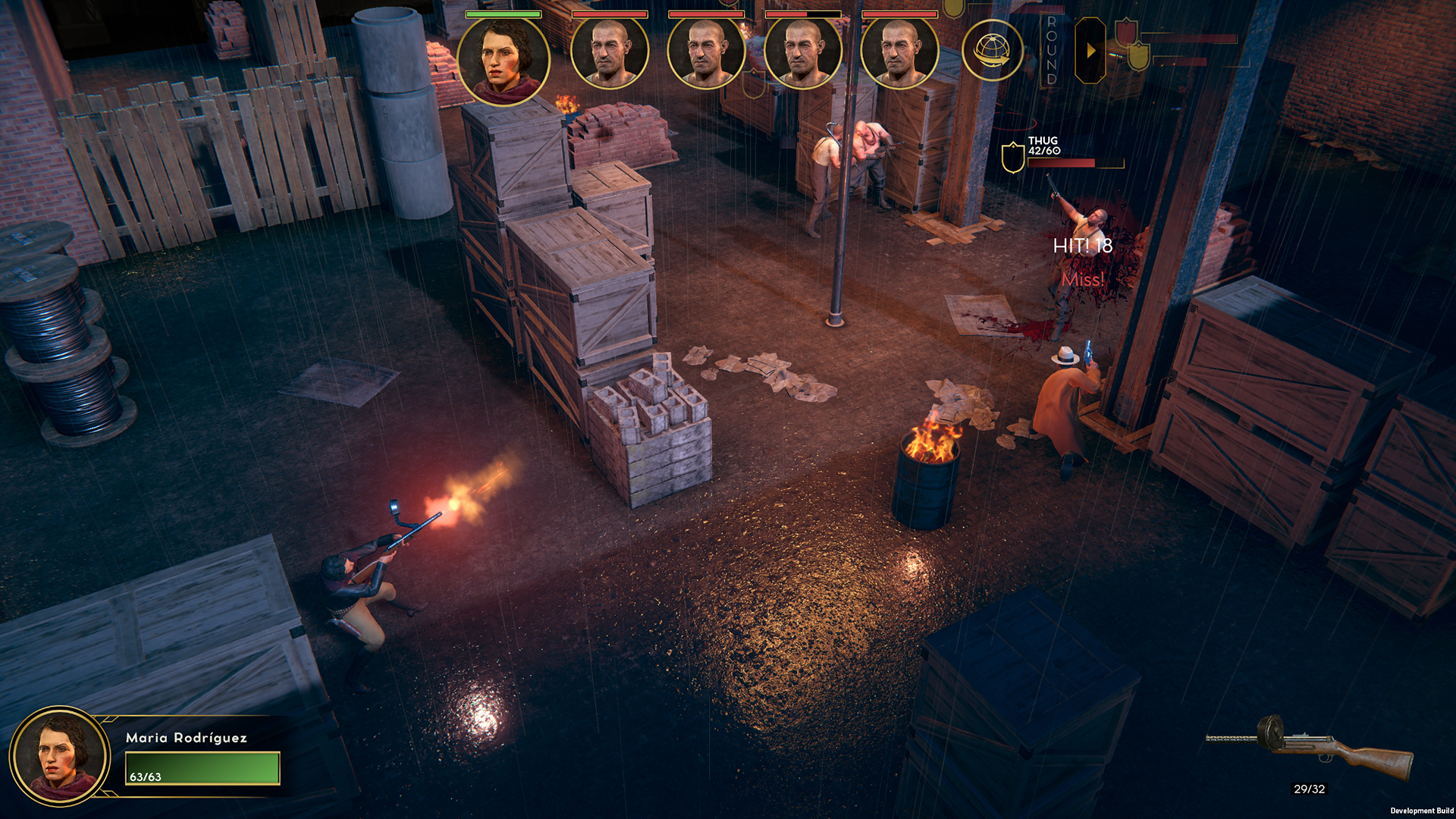 Part of the fun of Empire of Sin is discovering these combinations and I won’t rob you of that pleasure. See? I’m generous. Don’t forget that each boss also has a unique combat ability which will make you approach combat from a different angle. Build your crew around them, and good luck!