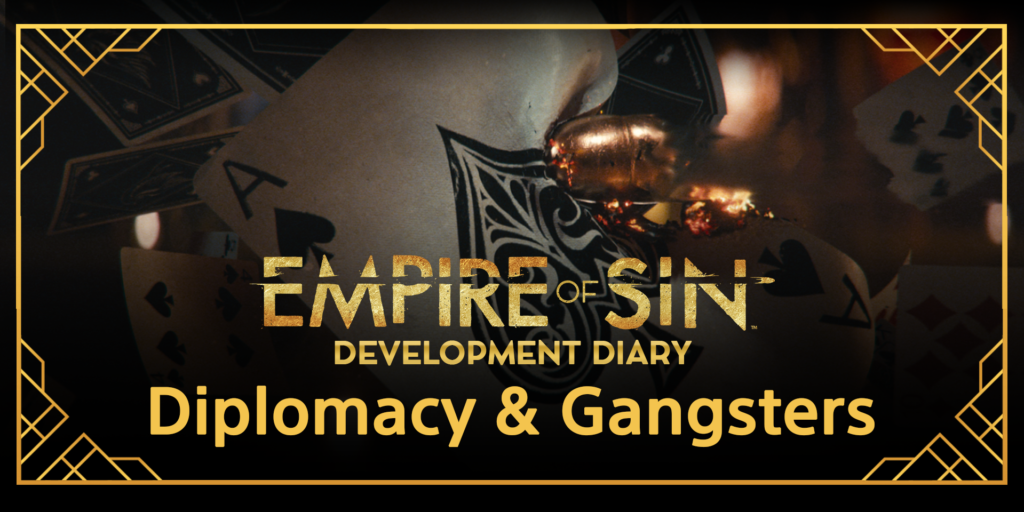 We’ve had our moles and reporters working double time the last month to find another scoop on what’s been happening in Chicago’s underworld.What’s up, bootleggers?

We’ve had our moles and reporters working double time the last month to find another scoop on what’s been happening in Chicago’s underworld. They had to grease a lot of palms and call in more than a few favors, but they got the goods and met us at a derelict this morning to hand it over. Here’s what’s going down!

Expanding your empire and keeping relations sweet with other bosses is a tightrope walk that’s never going to be easy. Chicago is a competitive market and business is brutal. As it stood, things were a free-for-all with relations usually fraught between capos, and diplomacy suffered. Though they may not agree on much, they knew things had to change.

Firstly, the grab-and-go tactics of stealing rackets out from under each other had to stop. It took too much time that they could better invest in business. After a secret Sitdown with Chris King, senior designer and mob boss mediator, the bosses reached a consensus: attacking a racket is now an act of war. Gone are the days of acquiring a racket through a few rounds of single combat. Now you put your money where your mouth is and let a faction know how you really feel about them. Still think that stealing Salazar Reyna’s speakeasy is worth starting a war over? Go right ahead! 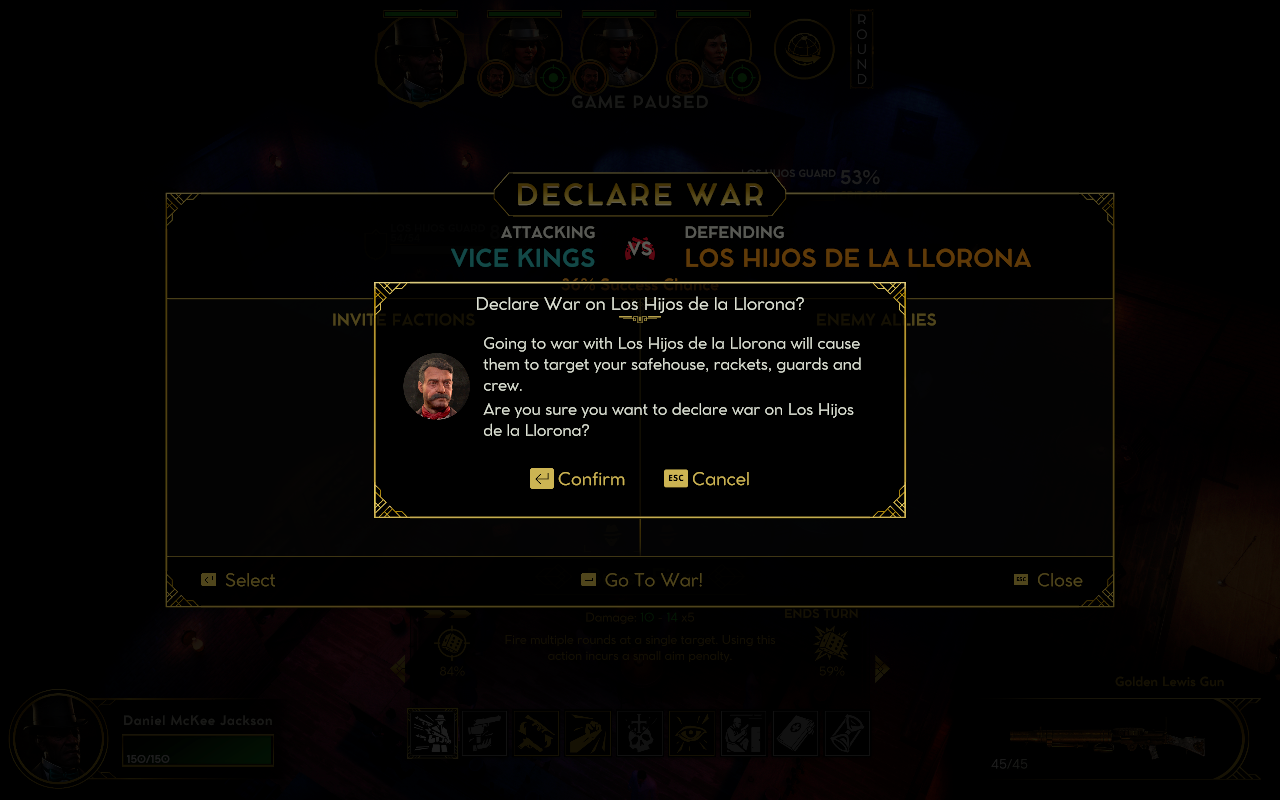 The change has had a positive knock-on effect throughout Chicago. Before, taking over rackets resulted in frequent and repetitive attacks from enemy AI until bosses agreed on some kind of treaty. This has been removed with the war update. What’s more, removing this option actually made the AI get better.
With less time devoted to planning ambushes on your rackets, enemy AI has become more calculated in how it engages with you outside of war and expands its own business ventures. 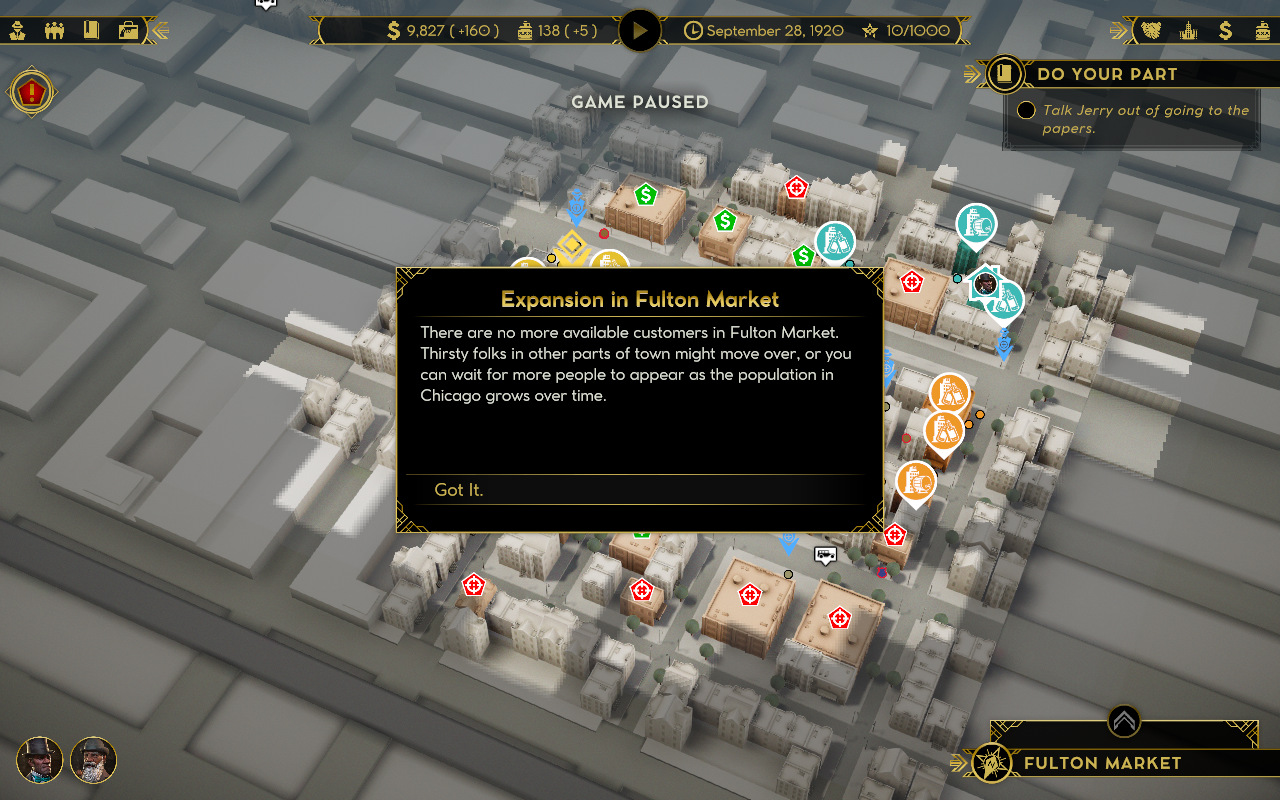 Every diplomatic gangster knows a lot is achieved by talking. Sure, you can send your regards across town, but the real business is done face to face and that means Sitdowns. For a boss new to the city, you could have numerous other bosses wanting to size you up and before you know it, you’ve got more meetings in a day than barrels in your brewery. Missing a requested Sitdown means starting on the back foot with another faction. So after some coercing, the bosses agreed to let a little more time pass before they take offense. The Sitdown timeout has been moved from 5 minutes to 15, so it’ll stop you sweating through your suit or sequins rushing from one end of the neighborhood to the other. 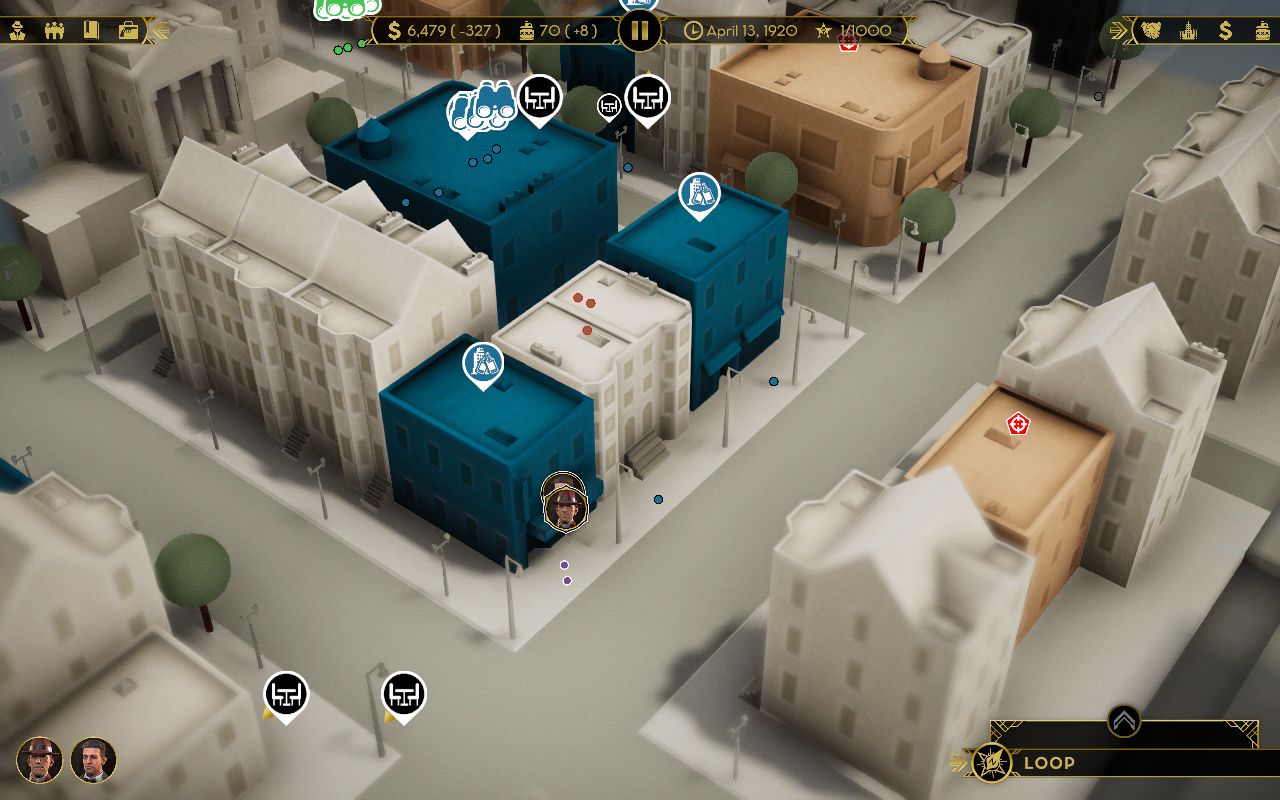 It comes with a compromise though. Things were never going to be sunshine and rainbows between the bosses for that long! Factions are keeping some things even more guarded than before. If guards are patrolling the streets for a boss you haven’t met yet, they’re under strict instructions not to reveal who they are if they get mixed up in combat. Their faction name won’t show up in pre-combat, and you’re not going to find out who they’re with until after you pull the trigger. Just another way for bosses to find out exactly where your sentiments lie.

So where do George MacDonough and company sit with all these changes to diplomacy? His crew in blue are always in need of more fundraising and turning a blind eye to your rackets is a great way to get fast cash out of you. If you refuse, more power to you, but the higher your notoriety, the lower the faction rating you’re gonna get with the police. It seems the State has George’s back against the wall and keeping him sweet to your notorious criminal empire is going to cost you. 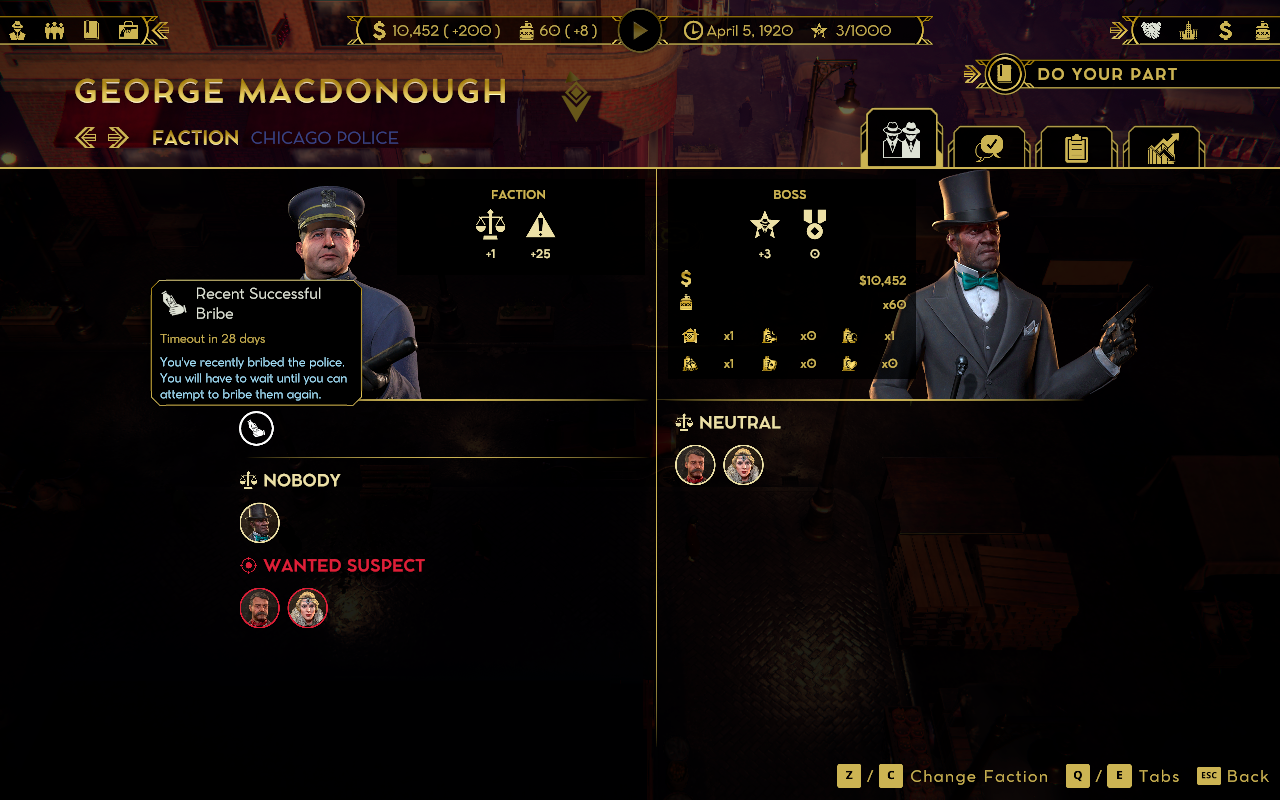 As for your gangsters, there have been some changes. Low-tier gangsters have all reduced their cost of hiring. They’re competing for work with one another and it’s a buyer’s market. This means you can get more bullets for your money when you start out, and once you have a good crew set up, you could still have cash left to invest in your empire.

We heard a lot of feedback from players about the gangster talent tree. Once hired, gangsters should still have to prove their worth before they handle a bunch of fancy moves.
Thanks to this feedback, we’ve locked gangster talent trees. They’ll have to put in some work to earn one talent per tier, one tier at a time. As for hiring top-tier gangsters, there’s little they don’t already know. They’ll join your crew with all but tier 5 ready to use. Hey, you get what you pay for! 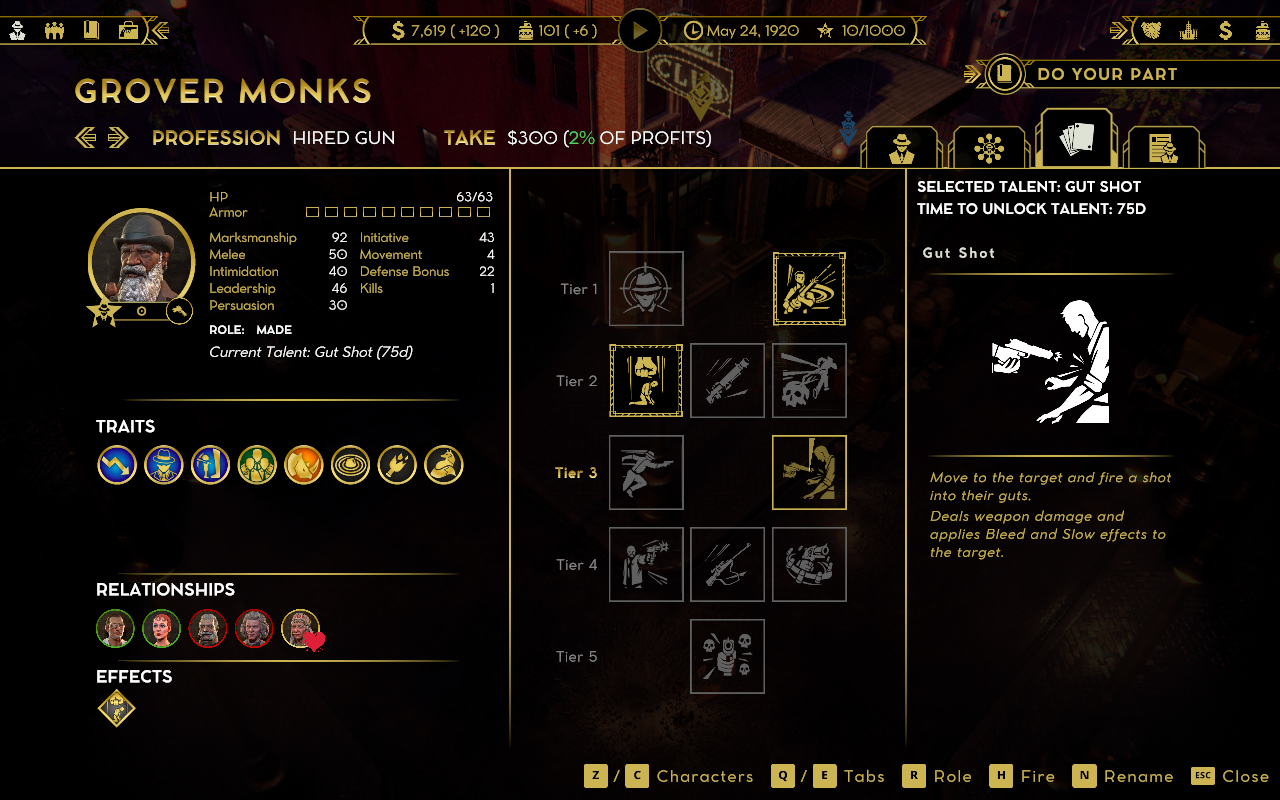 Beyond their talents, how else can they prove they’re part of your crew? Well, of late they found another way to pledge allegiance to your cause. In combat, if any member of your faction performs an execution, you’re going to get a notoriety boost from it. It’s your gangster’s way of giving a little back because if it wasn’t for you, they may not be in the back of a racket slicing someone’s throat. It’s only fair you get some recognition for it, right? 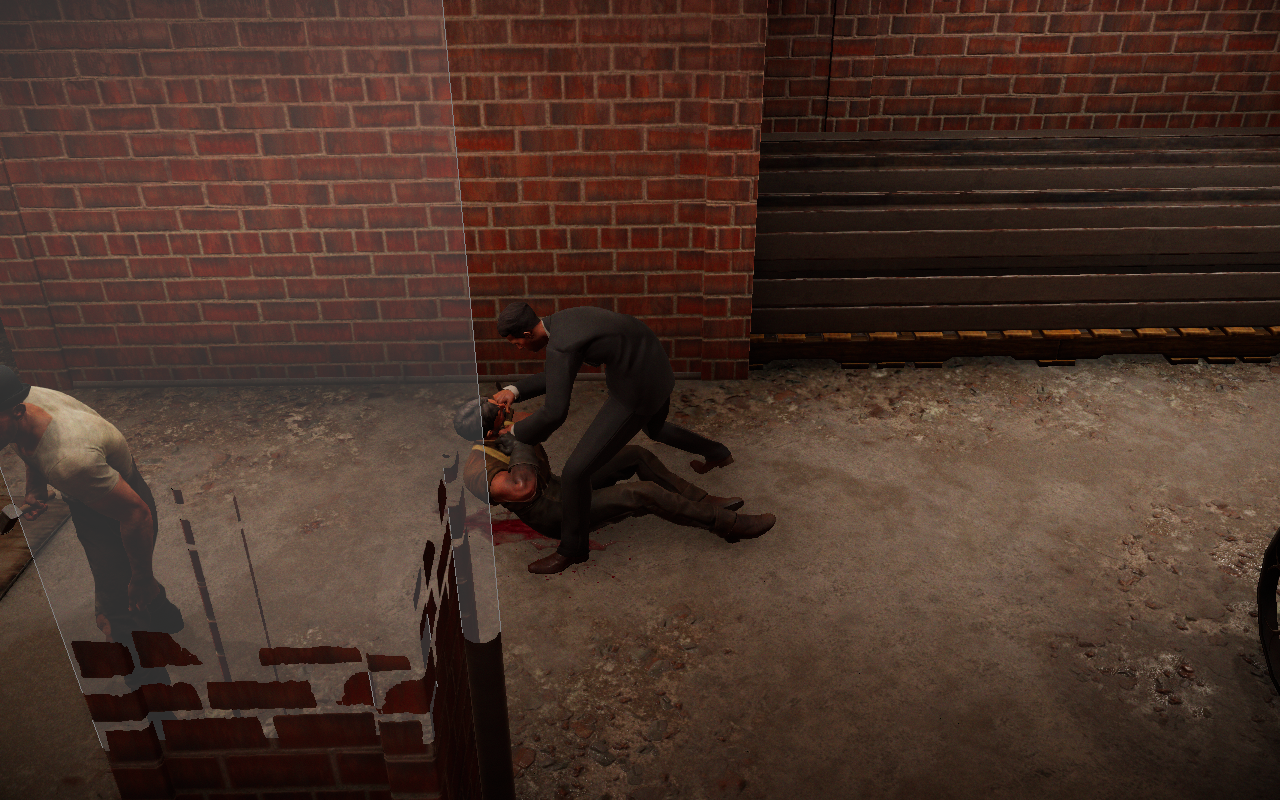 That about wraps up all the updates we could get you without arousing too much suspicion. Let us know what you think of the changes. Until next time, happy Sinning!

Join the official Empire of Sin Discord to gab with your fellow gangsters about all things Empire of Sin: https://discord.gg/qX2PTYK