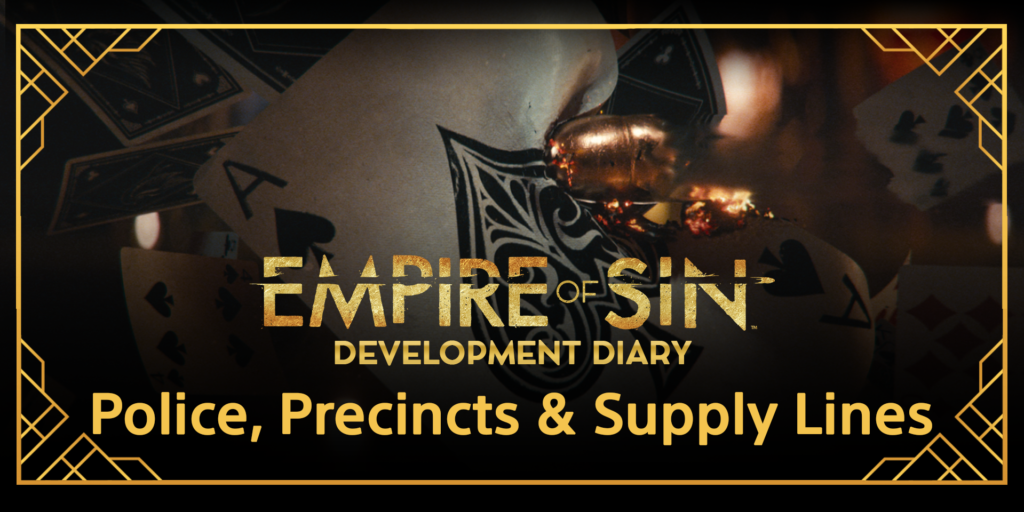 Hot from the streets of Chicago we’re back with another bulletin from a city in flux. Bosses are claiming their territories and setting up supply lines. Meanwhile, the police are preparing for a new way to engage with gangs. It’s all about to go off in Chicago, and there’s a bunch to get through. Here goes!

Right now, you can open a racket anywhere in the city. Gather enough rackets throughout your time in Chicago and it’s fair to say that losing one or two won’t have a major impact on your overall empire. Give the bosses larger territories to compete for, however, and suddenly the stakes are a lot higher. Every inch of the city becomes a valuable asset that nobody can afford to lose.

What’s more, not all precincts are equal. Some are larger than others, are better located, and stand to make more cash, so there are advantages to occupying certain precincts. The AI is aware of this and will look at the number of buildings a precinct has, as well as the number of connecting precincts, before making its move to strike. With more calculative factions to consider, it’s going to mean more strategy from you, too. Having more on the line will demand more interesting and meaningful choices from you in how you run your empire.

Well, that’s maintaining your empire covered, but what about expansion? When it comes to taking new precincts, there are changes to combat, too. Every precinct has a depot, which is the control building for the whole precinct. Claim the depot, claim the precinct. Depots are heavily guarded and when under attack, draw reinforcements from surrounding rackets to help with the onslaught. This gives you two options when taking over a precinct: attack and loot the rackets to get rid of those reinforcements or go right for the depot. Attacking the depot offers a longer, more tactical fight, with a bigger risk. Although, if you win, gaining a whole precinct could potentially swing the balance of the larger game in your favor. 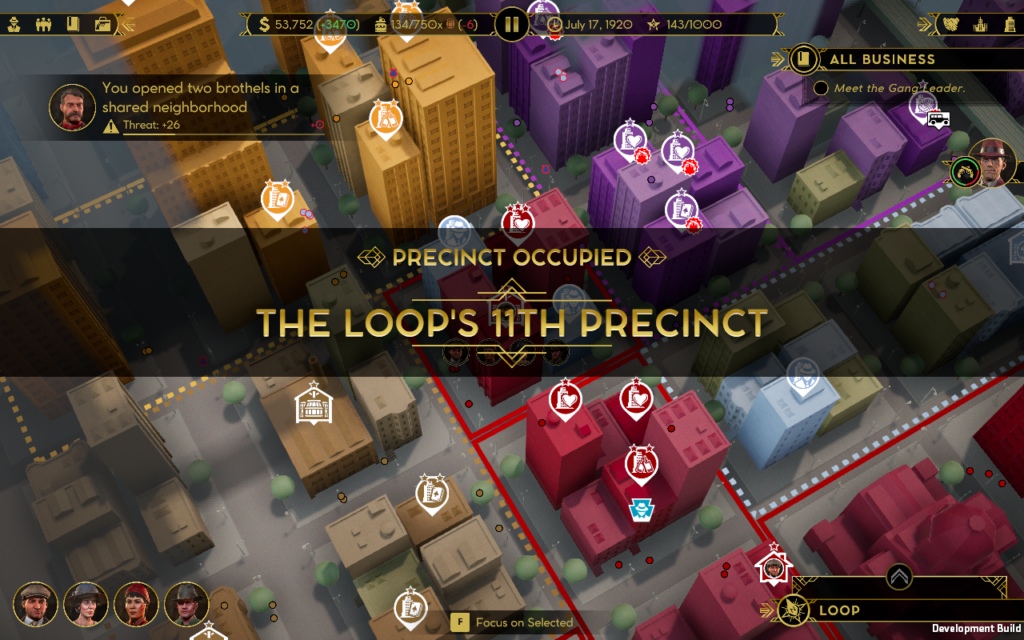 You can also use Sal’s taxi cabs to your strategic advantage. To accommodate the turf wars, Sal has made more taxi ranks available, but still, not all precincts have them. From the World Map, you can see that taxi ranks link the neighborhoods. When moving to attack a new neighborhood, you go from a taxi rank you control to the rank it links to. This makes taxi ranks vital real estate as controlling the taxi ranks means you can control where the AI attacks you. Also, controlling the ranks will provide you with the links to expand further into the city. 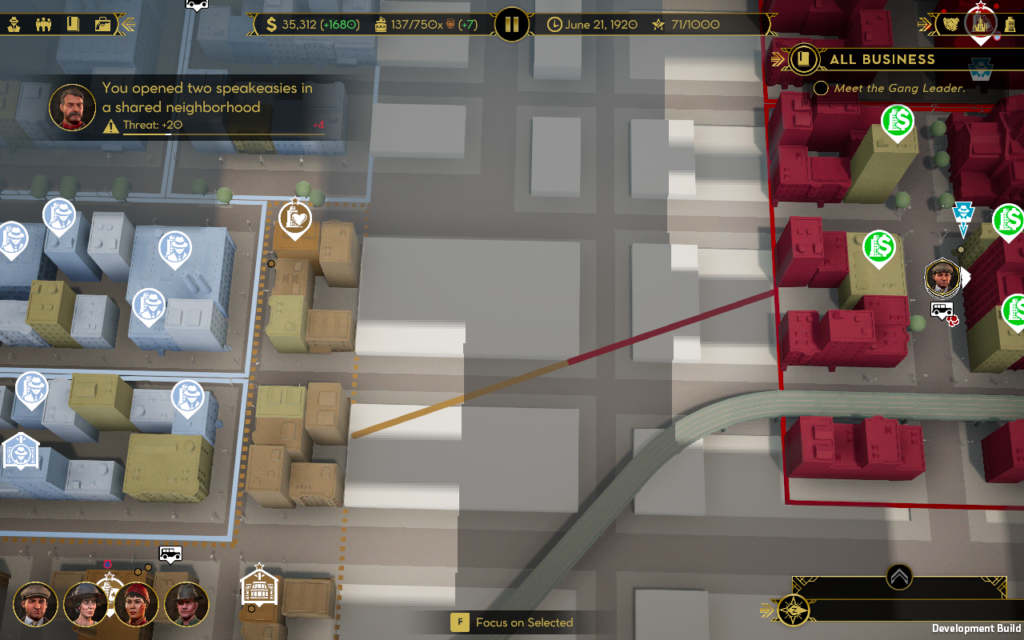 A quick recap on supply lines: when you own two adjoining precincts, you set up a supply line. Supply lines are essential to your empire, providing a path for you to get supplies out to your precincts while ensuring your money has a safe trajectory back to you.

Breaking a supply line can really disrupt an empire. If your precincts are cut off from the rest, then you have no way of supplying them with product and the negative effects of this are immediate. Beyond that, the introduction of supply lines means the AI has become a lot more focused on how it operates and is making some clever deductions. Currently, the AI can attack any of your rackets across the city, and depending on the health of your empire, losing one or two of these buildings may not be a critical loss for you. 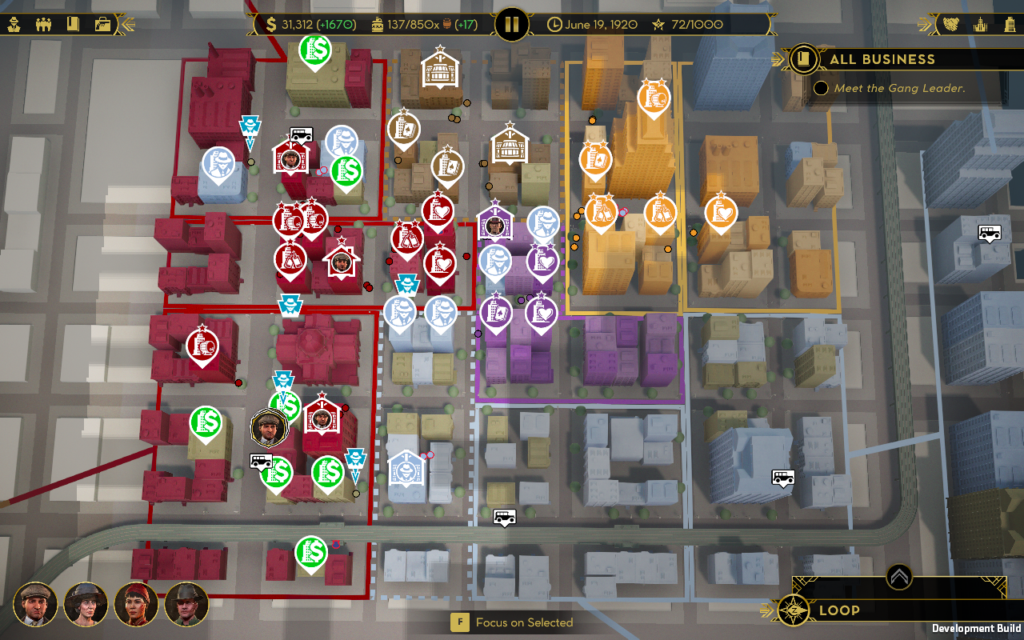 With precincts and supply lines, the AI now has fewer options to choose from in where it attacks and has a larger focus on breaking supply lines specifically, creating another reason to ensure you keep a firm grip on your supply lines. When you take over another precinct and break a faction’s supply line, don’t expect them to forget about it too easily. Once the line is broken, the AI works to value that broken line and puts all of its efforts into claiming it back.

Supply lines also demand a more involved strategy. As soon as a chain is set up, precinct positions become a factor, which in turn affects what type of upgrade you choose to invest in for each precinct. For example, supply lines mean there are frontier precincts that are most likely to be attacked first. In that case, it’s worthwhile to beef up security in those precincts, leaving more protected precincts to pick up the slack with more financially lucrative upgrades.

Precincts also affect how the police interact with you. By introducing Police Activity to the game, the crew in blue are not only more present as you build your empire, but their intentions are a lot more transparent. The suspicion value that police have on your rackets can be a little hard to decipher at times. Given that it affects each racket differently it’s difficult to keep on top of and requires you to rely on your own judgment. With precincts, Police Activity is a precinct-wide value that is easier for you to keep track of and easier for Police Chief George MacDonough to collect bribe money.

Bribing police through the diplomacy screen will directly improve your standing with law enforcers and turn them off raiding your rackets. This has made the connection between the police on your diplomacy screen and the police on the street more apparent and offers clarity on how to navigate your relationship with the police while taking over Chicago. 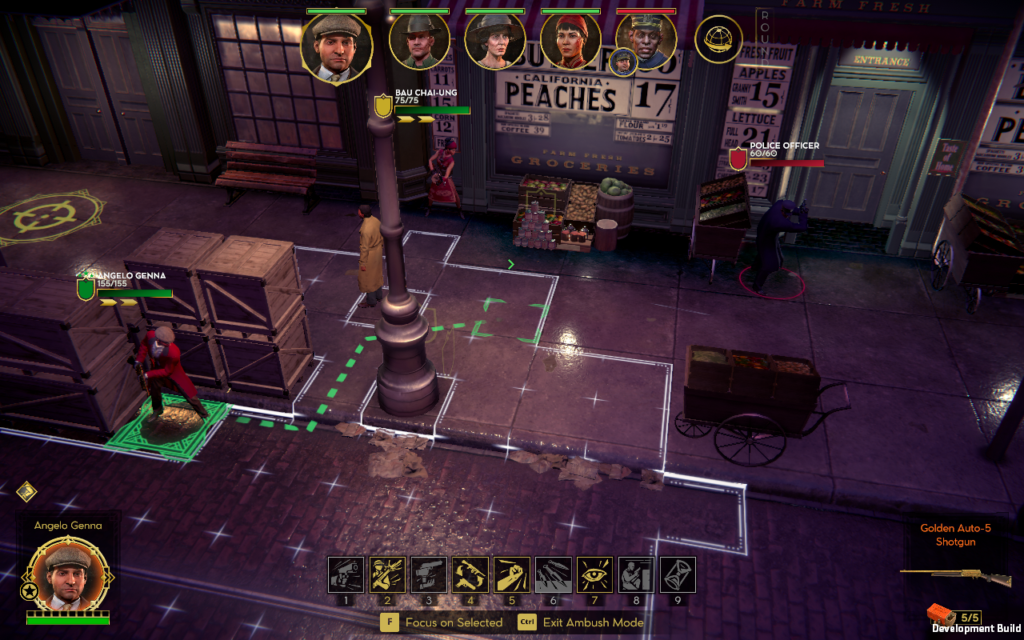 Why is the Police Activity number so important? The more active the police are in your precincts, the harder it is for you to make money. Customers are less likely to indulge their vices when police presence is strong and your racket profits will dwindle. With every upgrade and racket you invest in, it becomes harder for police to ignore the illegalities involved. That’s why it’s good to manage your relationship with the police just as you manage the rest of your empire.

That about covers it for this bulletin. We’ll be sure to get back with more updates as soon as our moles manage to uncover more. Let us know what you think of the upcoming changes and what you’re most looking forward to seeing in the comments below.

Until next time, Happy Sinning.