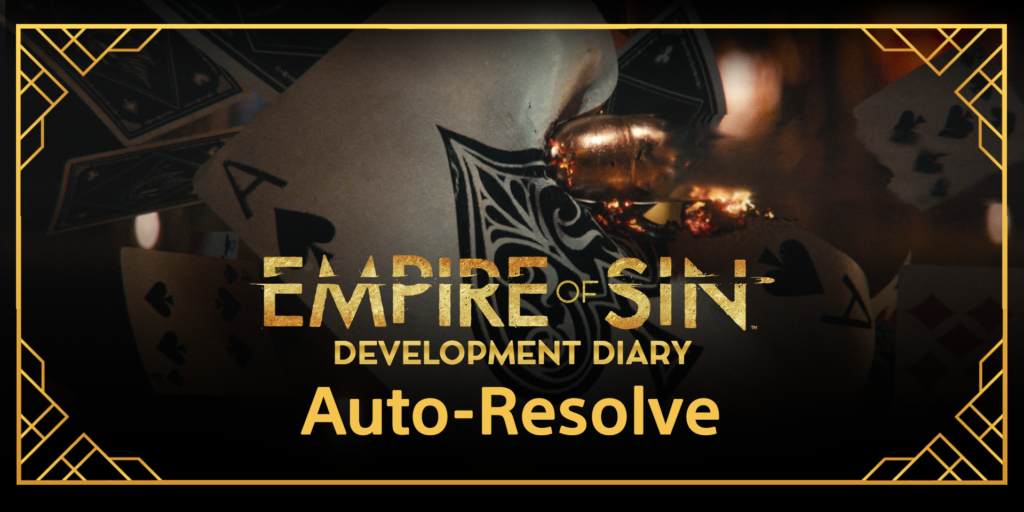 We’re back with another bulletin from Chicago’s underworld. The city has blown up with some new changes and our sources have been working double-time to get you some updates. Fresh from the dark corners of the dingiest speakeasies, here’s what’s new on the streets of Chicago.

Starting with the big one, this is the change you have all been waiting for. The rumors are true: gangsters in Chicago have redefined how they fight, adding new layers of engagement. Whether you’re out to pick a fight or another gang is out to pick one with you, the Combat Alert screen appears before combat breaks out, and offers you the option to Auto-Resolve the fight. Although, Auto-Resolve doesn’t necessarily mean life is going to be easier for those in the business of booze and blood. The Combat Alert aims to give you reliable information about every scrap you’re getting into, but victory is never guaranteed. As a mob boss, the choice on whether to engage or Auto-Resolve is ultimately up to your intuition. The color-coded dice are a helpful guide though!

At the top of the Combat Alert screen, you’ll see who’s attacking and defending, as well as the balance of power which gives you a rough idea of your chances of victory. Either side of the screen shows who’s fighting, their profession, and the weaponry they’re slinging. From here it’s pretty simple. Click the ‘Fight’ option to wade in there and take care of things personally, or click the ‘Auto-Resolve’ option and sit back as the fight settles itself based on the odds at the top of the screen. 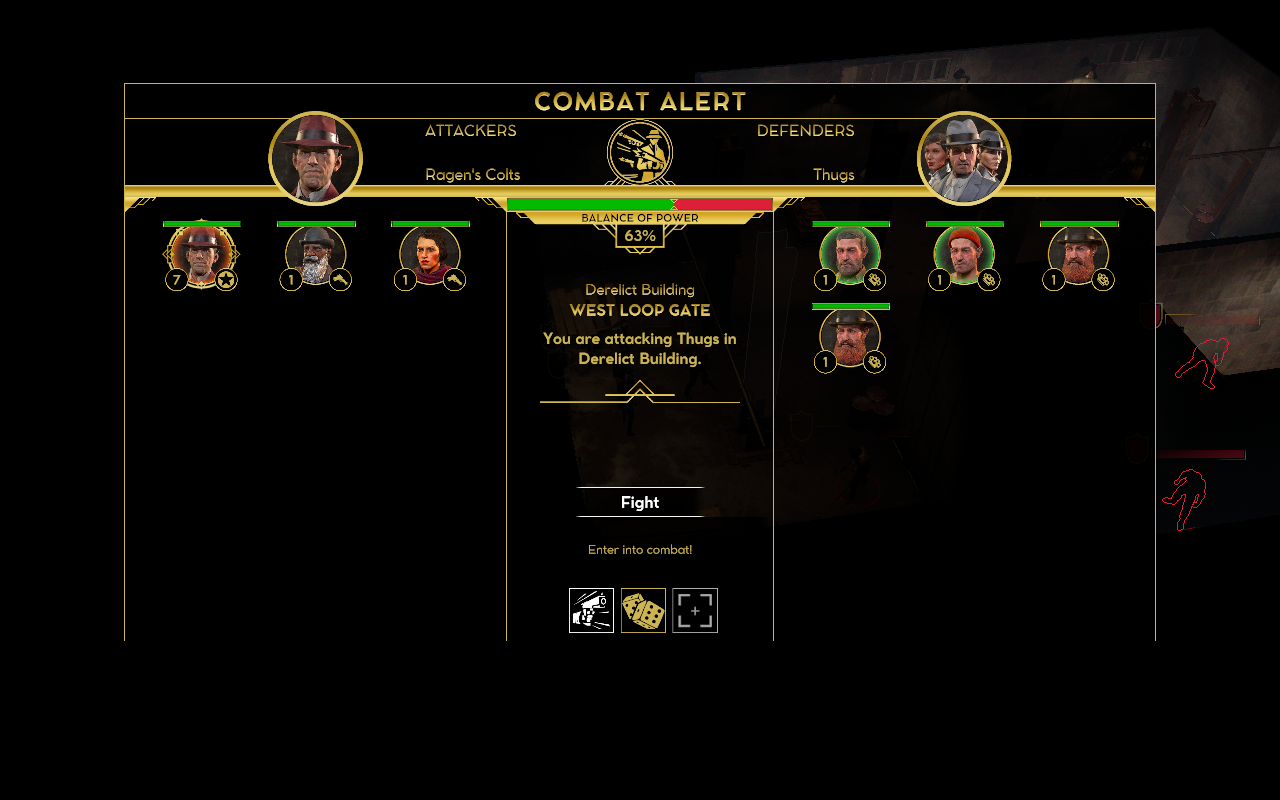 Now you may be thinking that your boss and gangsters are more skilled and better equipped than a few small fry thugs and racket guards. While that may be true, you should be warned: they’re made of the same squishy stuff as everyone else, and that means they can take critical damage or even die if Auto-Resolve doesn’t go as planned. If your boss dies it’s game over, so play the odds with caution. Auto-Resolve lives by Chicago rules, and Chicago is a fierce and ruthless place at the best of times.

Used to your strength, Auto-Resolve is a handy time-saver to deal with the smaller scuffles that break out around the city. When you win, you’ll see the victory screen, complete with the Combat Report and the loot you’ve won in battle. 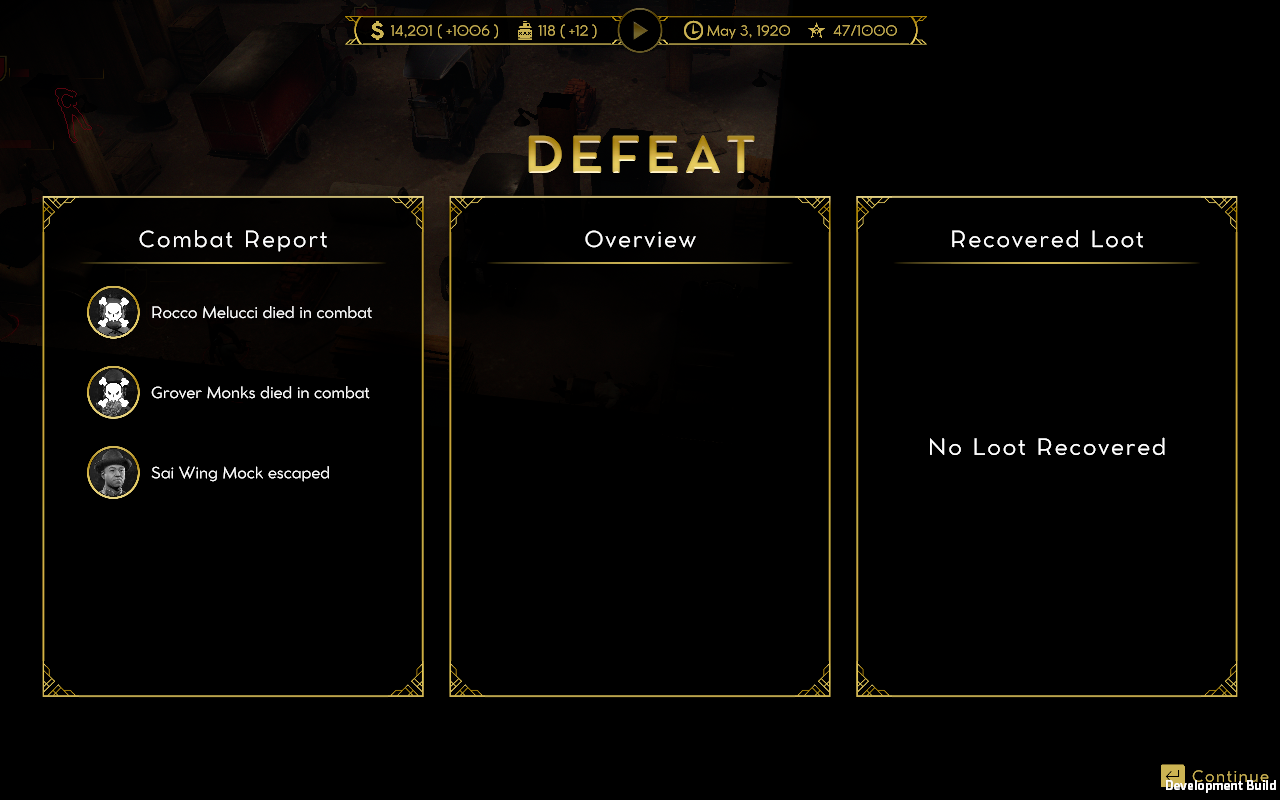 We know what it’s like in the thick of a fight when bullets are flying everywhere and adrenaline hits critical mass. So, we’ve added Hot-Key numbers to the different options on the action bar.
It’s a fast way during the heat of battle to perform your move without cycling through all of your options, and it helps your gangsters keep their cool and react quickly. 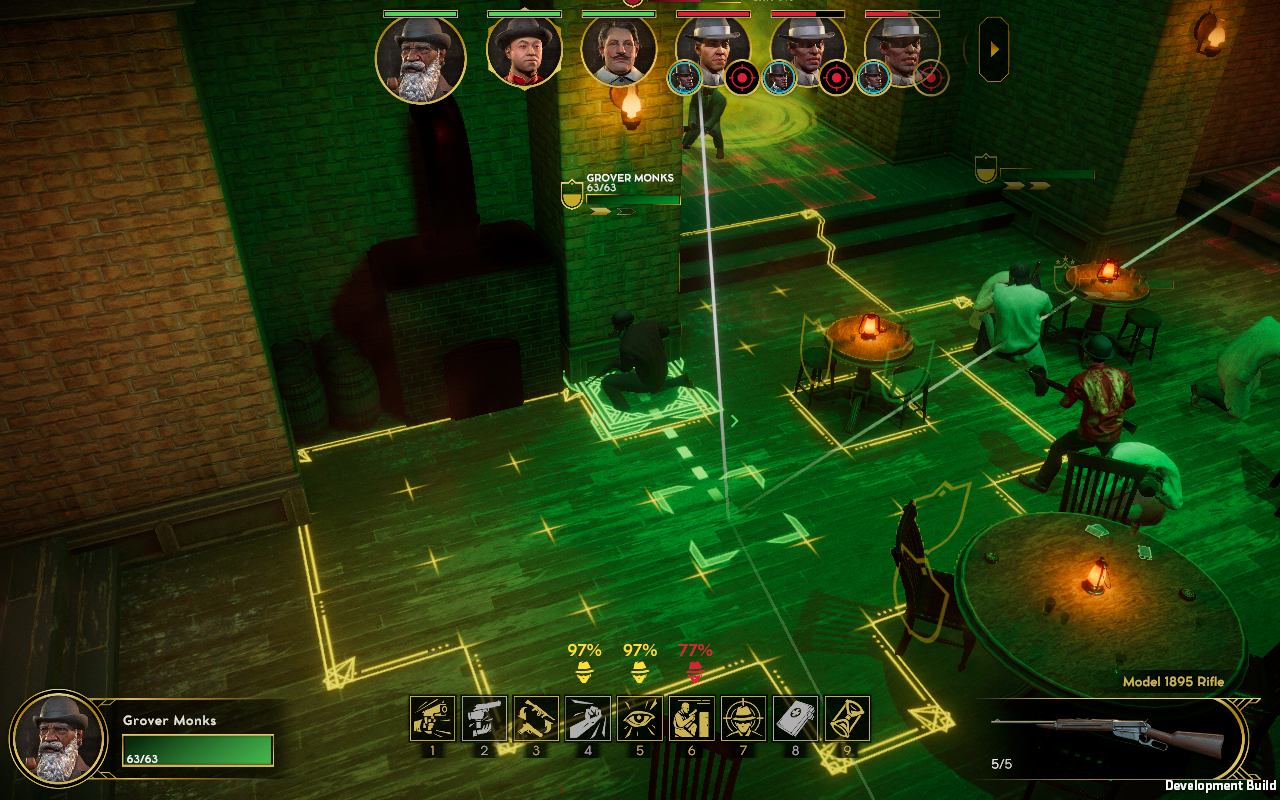 A useful tactic after taking heavy flak in combat is to hightail it back to your Safehouse to restore your health. It used to be as simple as walking over the threshold of home ground to restore your full health, but that’s no longer the case. Safehouses have lost some of their potency and instant heal has been removed. As of 1.04, returning to your Safehouse to heal grants you passive healing at 2x the rate of passive healing in the street.

That doesn’t mean you have to hang around your Safehouse all day. As a mob boss, you don’t have time for that anyway. That’s why the Black Market vendor has cut the price of healing items on the market by 30% so you can heal more on the move. Also, the chance of finding healing items in combat loot has doubled to help keep you in peak health without having to flee to your Safehouse every time you eat a few bullets.

For those that like a challenge, at Lieutenant difficulty and above, passive healing has been removed completely – including in your Safehouse – leaving you to rely solely on healing items in your inventory. 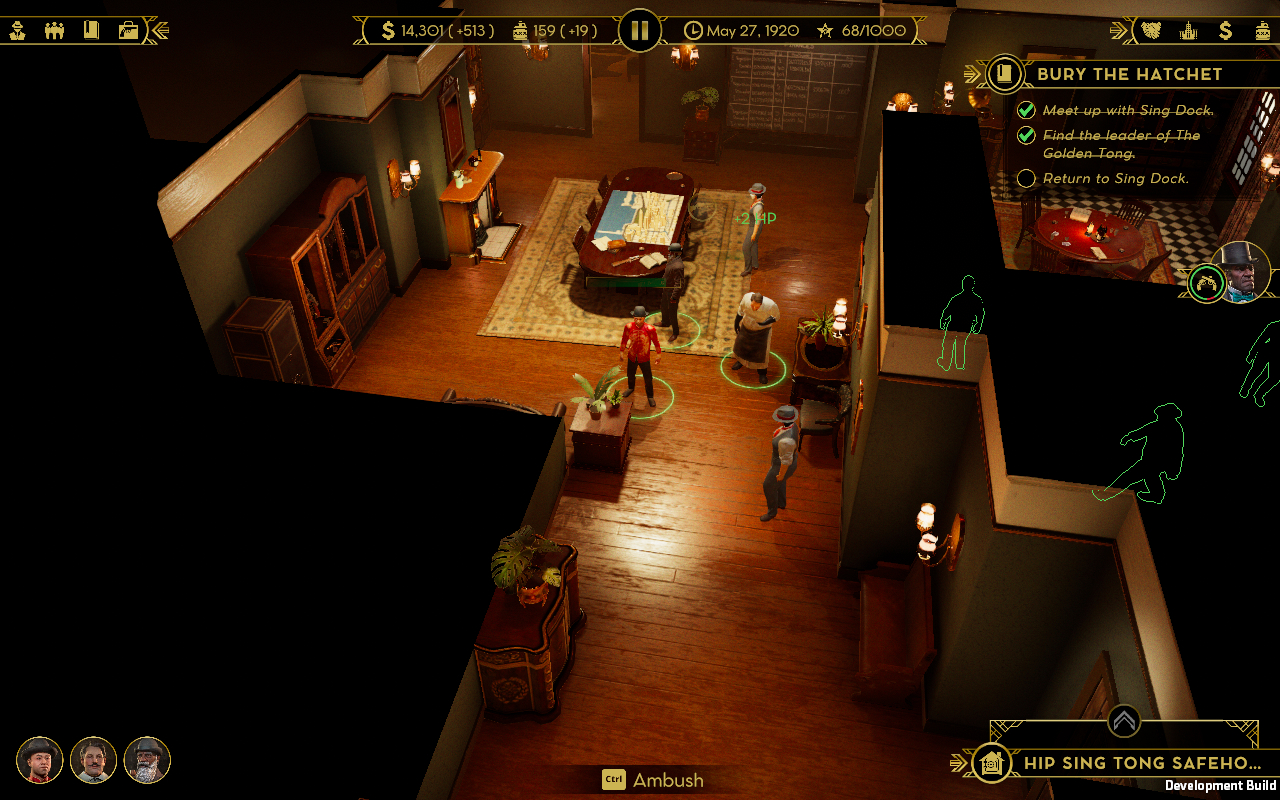 With the Roaring Twenties in full swing, Chicago is enjoying an economic boom that everyone is benefiting from. For starters, bosses are now providing health insurance for their racket guards. Well, kind of. Major faction guards are now equipped with healing items and have primary shotguns in place of short-barrelled ones. That ought to keep them alive a little longer, right? 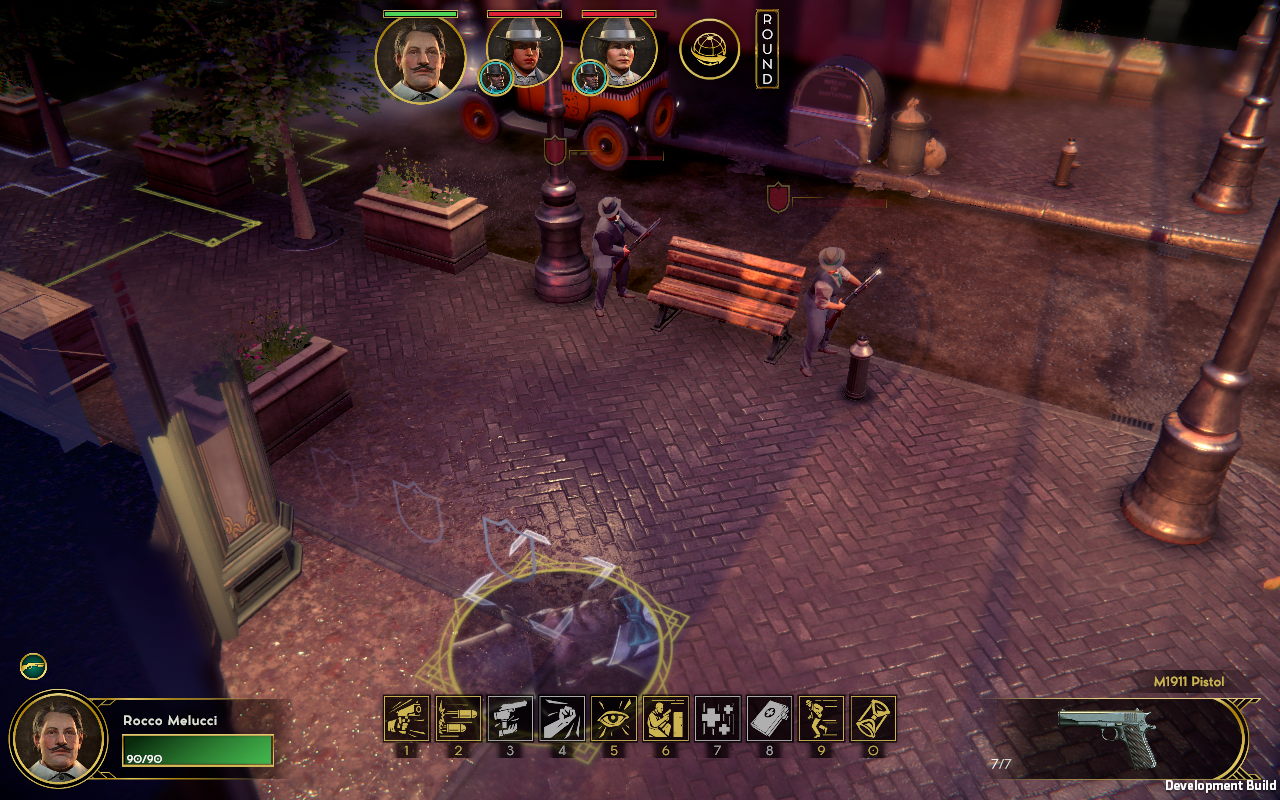 Property is more affordable now, so opening a racket has never been cheaper. Thanks to the boom, there are more tradespeople on offer too, all willing to cut you a deal if you hire them, slicing the original cost of upgrades and rackets by 50%. 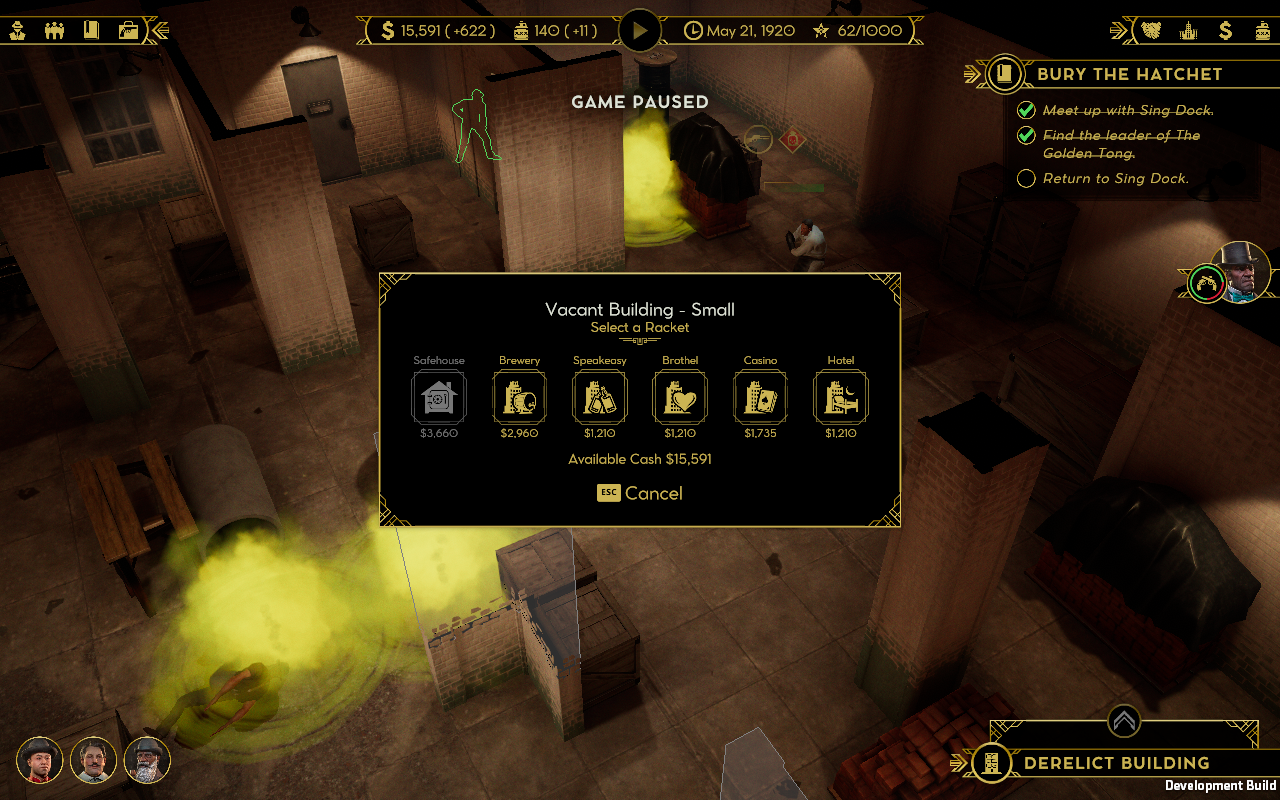 We’ve gotten word about Frankie Donovan’s boss ability. He was hoping people wouldn’t find out about this, but Frankie’s been so hell bent on becoming Chicago’s top dog that he’s overdone it with Unleash Fury and Mo Chara Beag. Plagued by an old injury he got while hurling (y’know that sport he played in Ireland?) for his county team back home, he’s been forced to reduce the attack count of his ability from four to three. If he didn’t, Frankie would have to hit his own supply pretty hard for pain relief, and we all know that’s bad for business. 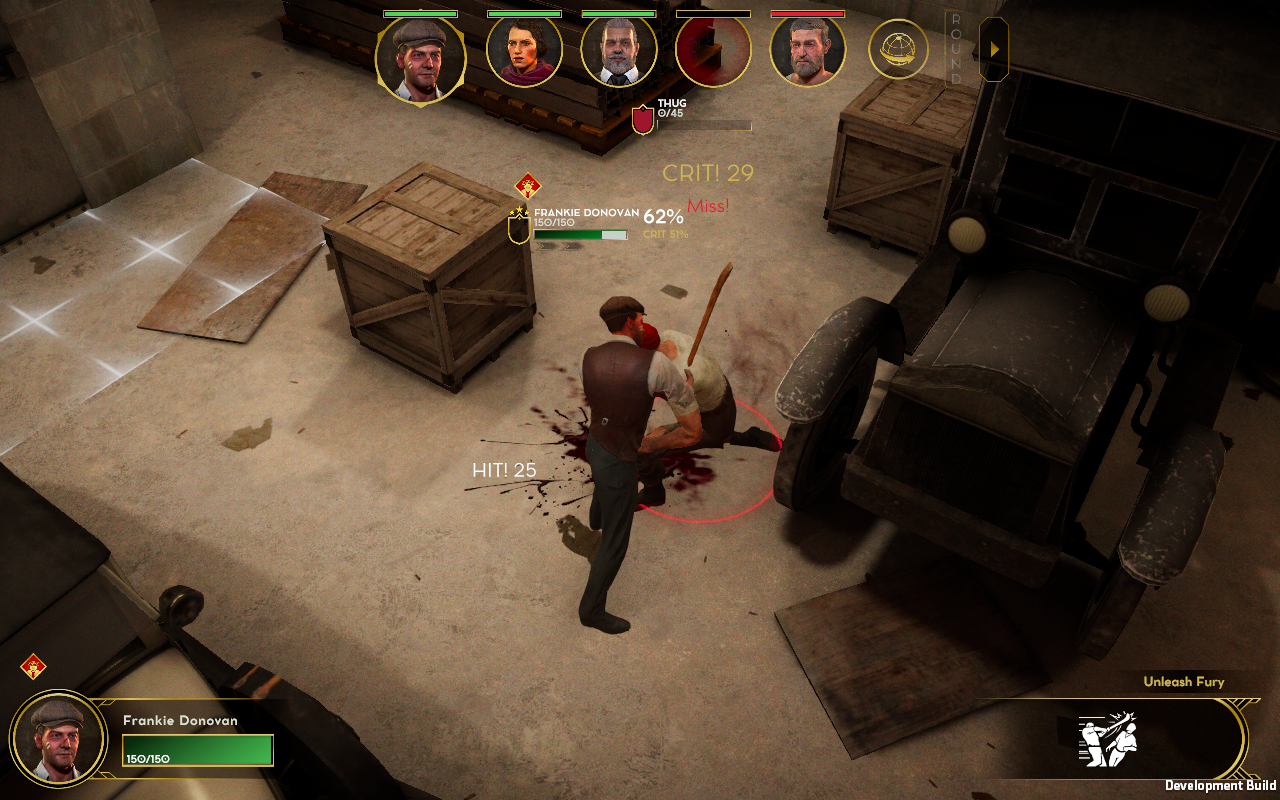 Once you’re on the 1.04 patch, keep a close eye on the Black Book. Each month, one gangster from every tier becomes available to hire, regardless of your notoriety level. On game start, you have the chance to employ some of Chicago’s most notorious offenders, so long as you have the cash to cover their salary of course.

Well, that covers most of the highlights for 1.04. We’ll be sure to report back as soon as our sources dig up more dirt. In the meantime, you can check out the patch notes for an extensive list of fixes and changes in Chicago.

Until next time, Happy Sinning!