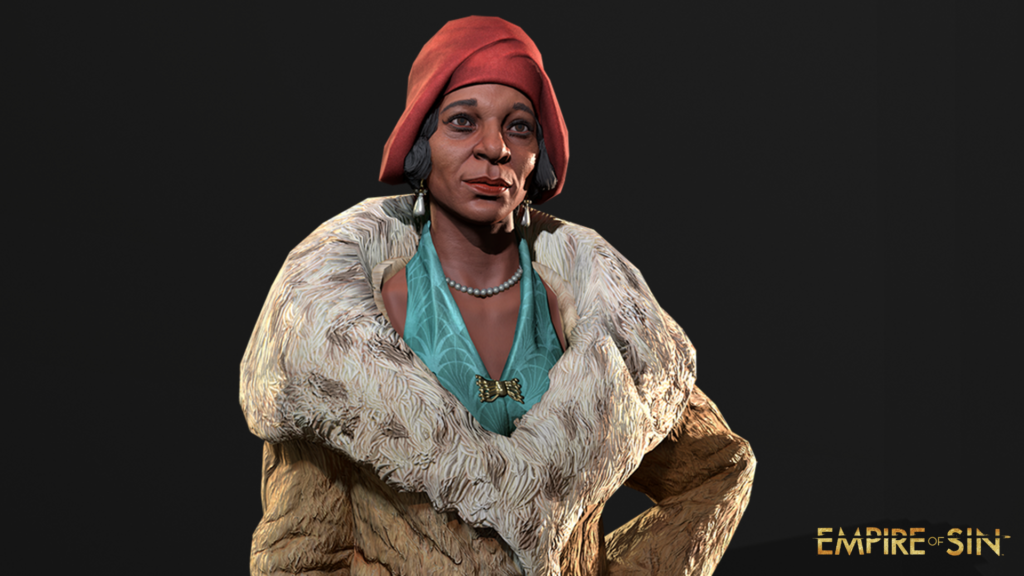 Stephanie St. Clair is a well-dressed tornado, blown into America from an island in the Caribbean called Martinique. The whirlwind she unleashed when she arrived on the streets of Harlem, somewhere between the ages of thirteen and twenty-three, carved a path of annihilation and domination, unmooring well established gangs from their foundations and flattening anything that came up against her.

St. Clair earned her riches and her nickname, “The Queen of Numbers,” through policy banking rackets in Harlem. With a title like that, it’s no surprise that her contemporaries describe her as aloof, though Stephanie has never forgotten where she came from. Her work benefits herself first, of course, but she never hesitates to give back where she can. She is vocal against injustices and quick to remind people of their rights. Her philanthropic nature ensures that those she’s helped will have her back when she calls on them.

Despite this, Stephanie has always had more of a “do it yourself” mentality. Anyone unwise enough to move in on her territory must be prepared to watch as she lays their crumbling empire at their feet. She has no qualms about doing the dirty work herself either, and in fact, relishes it. Rather than diminish her involvement in any destruction, she doubles down, taking out a newspaper advertisement stating her responsibility for it and warning antagonists not to go any further. After a spat with a New York mob boss that wound up with said boss dying in hospital from a gunshot wound, St. Clair sent a telegram to his bedside that simply said: “As ye sow, so shall ye reap.”

Enforcing your own law on cease-and-desist cases is the kind of badass disregard that owns cities before too long. Chicago, as far as Stephanie is concerned, is primed for new leadership. It has just the type of wildness, wickedness, and “take what you want” attitude that suits Stephanie’s mannerism, and presents a whole new challenge she’s just dying to rise to. This is something that the city’s gangsters would want to consider when making room for this newcomer. There is no enemy Stephanie will not step up to, disgrace publicly, and then brag about in the following morning’s paper. The only question is: who’s big enough to go against her? 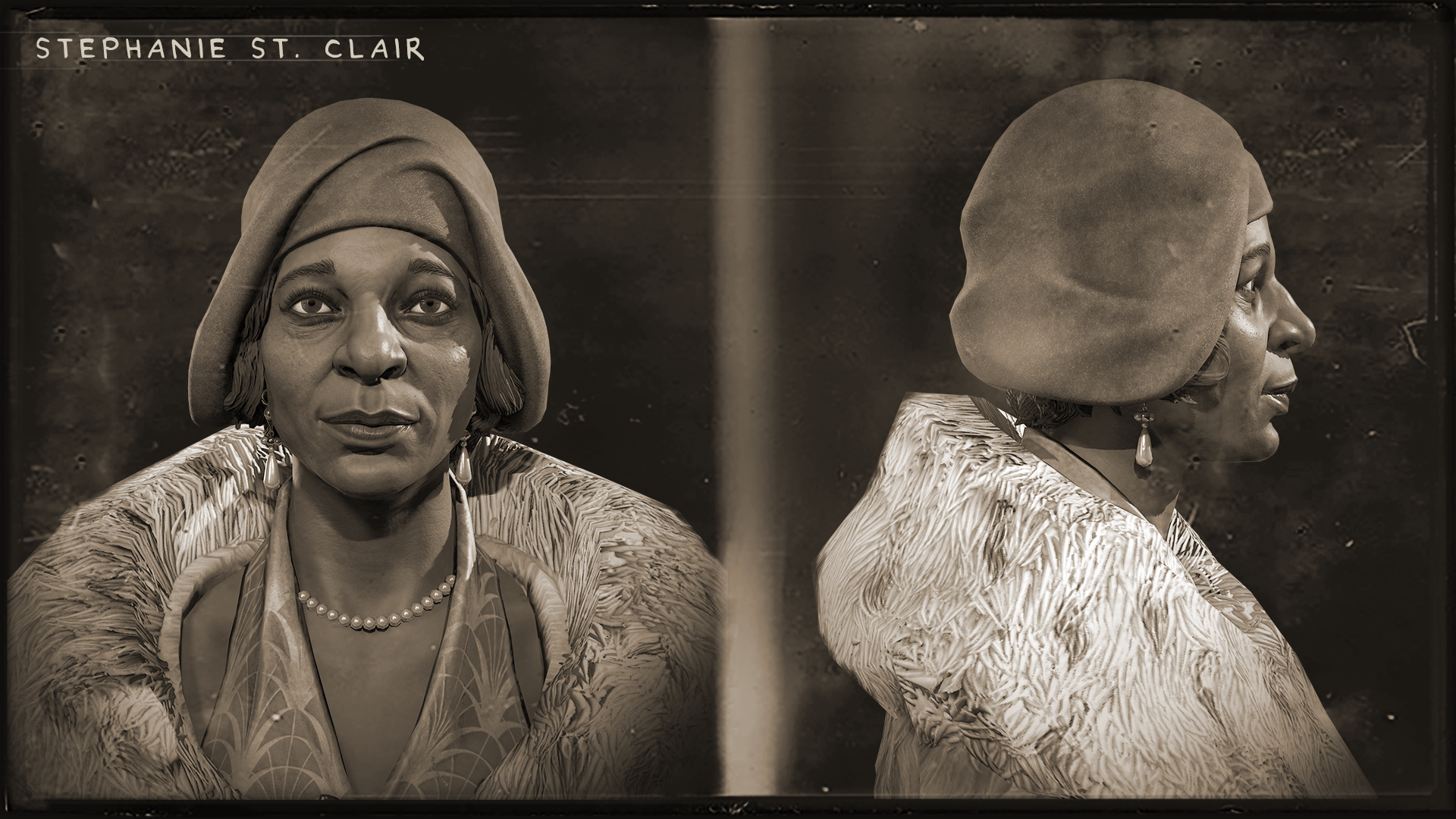 To whom it may concern;-

Consider this the announcement of my arrival in Chicago. Do not think for a second that you hold any more stake over this fine city than I, solely because you have lived here longer. Such beliefs will prove inconsequential in matters relating to my business ventures, and public relations there in.

In truth, I have grown tired of New York and its endless bickering for pennies. The real money lies in the future of Chicago. Some men hope for the luxury of believing I was run out of Harlem, and to this I say fairytales are for children, and you are not children, are you? Simply, I have conducted all the business that Harlem can muster, and now I have my sights set on expanding my horizons here.

There are many who believe that I am penniless. This may have been true at the start of my life, but I assure you all, that I have built myself to the very antithesis of poverty through my proud work as a policy banker. Still, attempts have been made to frame me by some of the bravest and noblest cowards to ever wear civilian clothes. They cannot touch the sensibilities or fortune of I, an honest and most upstanding businesswoman.

I have had enemies telephone my private line every night since my arrival. They said they plan to write me off, to take me for a ride that I won’t come back from. To them I say, thank you for making me laugh. I have been so busy with business of late, that I had forgotten the benefit of humor to the human spirit. Make no mistake, such threats do nothing but make me smile. They sound so silly to me. Especially coming from such simple and ineloquent men. Now, they say they will report me and say that I carry a gun in my possession.
There are many more things they are planning to do, but they will not be successful. I have an ear to sources that they do not have the capacity to imagine, and so I will hear about such attempts, three to seven days in advance. Let it be known here, that if such thinly constructed threats continue to annoy me over my private line, I shall publish their names and letters in this very newspaper.

Many people say how they fear for me and my safety and how I ought to be careful in how I have been conducting my actions. Please, do not fear for me. I ask only that you listen to my advice and do as I told you.

In conclusion, I will say that I do not fear anyone. I respect most everybody and shall expect respect in return. Chicago is my new home, and I plan to keep it so. It just needs some redecorating, and certain people better not get in the way of that.