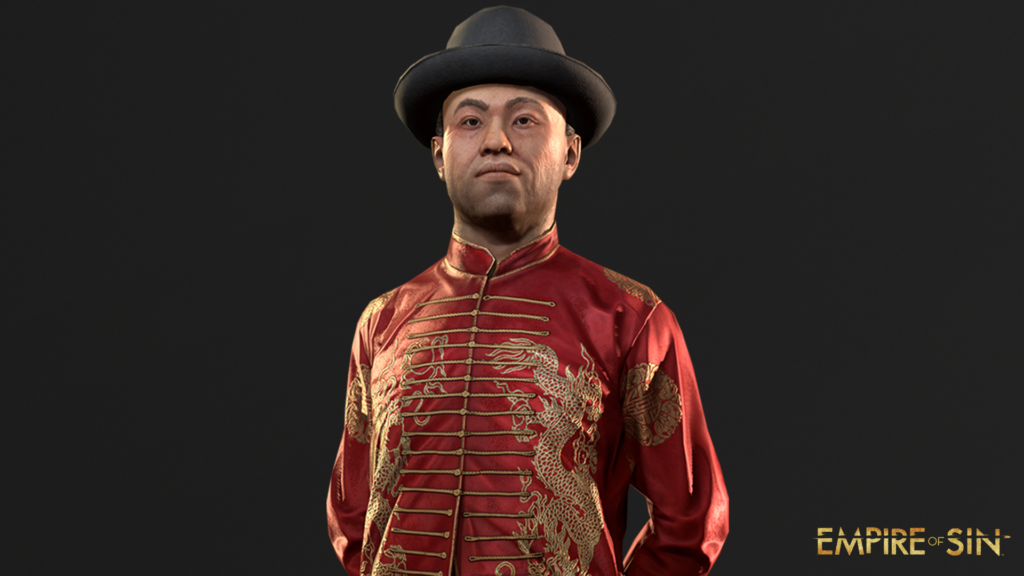 Chinatown, New York: Sai Wing Mock approaches Tom Lee – his gangland rival – on the street and asks outright for a 50-50 stake in his criminal enterprises. Lee laughs in his face and tells him where to stick the request. Mock’s retaliation for being publicly denied? He burns down one of the boarding houses of Tom Lee’s On Leong gang and a few days later, beheads another On Leong member in the middle of the street. Now, Mock is bringing this attitude with him to the streets of Chicago.

Mock is backed by the loyal and vicious members of the Hip Sing Tong. Lovingly referred to as Hatchet Men, these are the type of people who carry axes up their sleeves to do the dirty work. A hatchet sends a clear message. Sometimes they even leave the message embedded in the victim’s skull.

As a boss, Mock keeps a six shooter strapped to his belt along with his axe. The man is a walking contradiction when it comes to self preservation. Sure, he wears a chainmail vest underneath his clothes, but during the height of his gang war in New York he was known to crouch in the middle of the road during a gun battle, close his eyes, and fire blindly in the direction of the oppressors. Fitting then, that Mock made his name in gambling rackets before coming to Chicago.

An expert strategist, Mock now knows the value of being feared above anything else, believing that it is more effective to have a reputation for violence than actually being violent. This is something he leans into, sporting sinister long fingernails to make everyone aware that he is above all the grimiest of a gangster’s dirty work, having plenty of underlings to carry it out for him. How else could he have become so feared? It seems obvious that his methods are perfectly suited to the wildness of gangland Chicago. Let’s hope for his enemies’ sake, they can keep their heads. 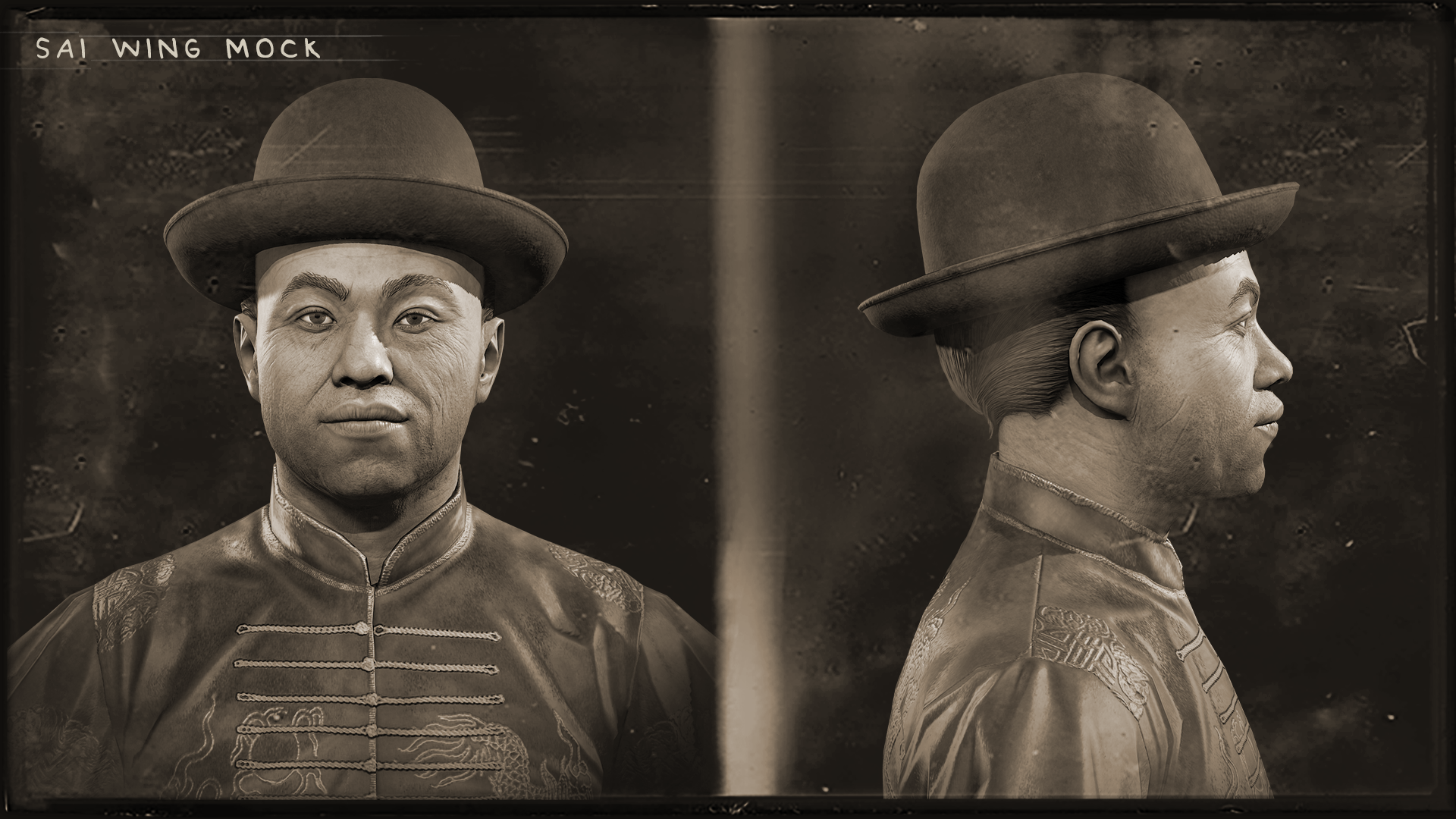 The following article is taken from a small newspaper, based in New York, from the day after the On Leong boarding house was burned down.

Underworld Lodging Goes Up In Flames

Mott St., New York— This morning the air above Chinatown is thick with the smoke of gangland tyranny. The seedy goings-on of the criminal underworld carving its dark path into the everyday, and rearing its ugly head for the good citizens of this city to witness in all its grimness.

A well known boarding house, with shady ties to the underworld, caught fire last night around ten thirty. Firefighters attended the blaze shortly after reports that it had engulfed the roof, and though being alerted quickly, arrived to find the inferno spreading to the front of the building. Ferocious and unrelenting flame caused alarm for innocent inhabitants of the adjoining tower blocks.

The boarding house in question has come under the scrutiny of law enforcement in the past. The target of minor raids for gambling and boozing, it’s also a suspected hub for petty criminals with ties to the secretive On Leong tong, and has kept local law enforcement busy. Among the perished were two alleged lieutenants of the On Leong crime syndicate, giving police reason to believe that this foul act of debauchery was deliberately orchestrated by members of the rival Hip Sing Tong – alleged to be controlled by a Sai Wing Mock. When asked for comment today, the chief of the precinct noted: “We have a number of eye witness reports stating that Mock Duck recently approached the alleged leader of the On Leong Tong and challenged him for control in his criminal enterprise. It’s because of this we have cause to suspect this [fire] may be an act of arson in retaliation for being denied his wishes.”

Neither Mock, nor the witnesses to the exchange could be tracked down for comment, though law enforcement officials have confirmed that the taciturn businessman has an alibi for the time alarm was raised on the blaze.

As if the shock and devastation of the inferno was not enough to rattle the peace among the locals, this reporter learned today that not long after the rip roaring fire burned the building to a cinder, another death was reported. A known member of the On Leong syndicate met his gruesome end in the streets of Chinatown at the hands of two men armed with lathe hatchets. Police officers state that the rival Tongs have the run of the streets, with local civilians terrified into compliance. A local peanut vendor, close enough to witness the incident, has firmly told police he did not see or hear anything. This statement comes despite the fact that splatters of blood were found down the back of the man’s clothes.

Sai Wing Mock and his Tong are now said to be the head rulers of the Mott street area and beyond. Mock is said to be a polite and respectful businessman, but given the atrocities he is alleged to be linked to, these descriptions may be gleaned from the duress of a public under the grip of fear.