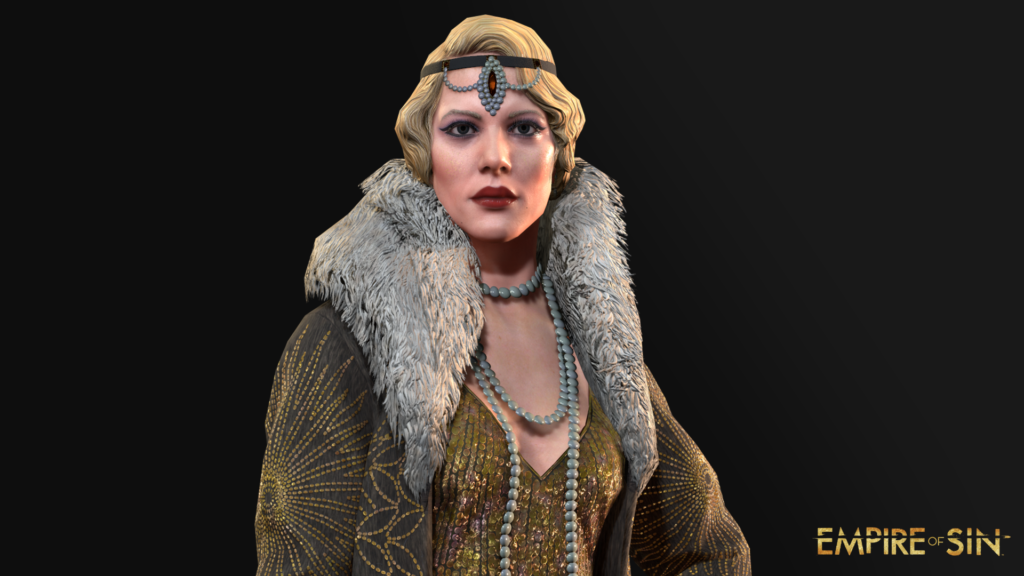 Goldie Garneau is due on stage in five minutes when she notices she has blood on her dress. Sure, she should have worn the red one, but hindsight is 20/20. She anticipated disposing of some competition tonight, but she didn’t count on her enemy being an Anglophile who berated her Quebecois pride. The fact that the poor unfortunate aggravated her roots just made the erasure all the more… passionate.

Now, as any professional entertainer knows, the show must go on, and Goldie knows the sacrifices required in leading a double life. If anyone asks, the stains can be chalked down to red wine, in keeping with the frivolous, carefree persona Goldie would have the city of Chicago believe. Beneath it all, Goldie has taken the cutthroat mentality of the entertainment industry and applied it all too literally to anyone who challenges her. As a proud Francophone, she does not take kindly to any attempt at oppression, and for those silly enough to try, she can guarantee that “Au revoir” will be the last sound falling on dead ears.

Her career started in her native Montreal, running booze by the boatload down the St. Lawrence River, through the Great Lakes, and on toward the city of Chicago. She is overly protective of her past, and should anyone find out too much, it could mean another stain on her dress.

For an occupation as audacious and risque as a runner, she needed a deterrent, a cover as equally bold. Enter Goldie Garneau the showgirl. It certainly helps that she has the talent to back it up. No law enforcement officer would suspect a voice that sweet to be involved in any kind of criminal enterprise, especially when they’re held by such a captive performer, running two shows a night, six nights a week. As Goldie quickly found out, it’s easier to watch your back when you keep everyone in front of you and stand three feet above them. As a formidable contender in prohibition Chicago and hailing from an origin of civil unrest, Goldie has enemies everywhere. Lucky then, that like her performing, she is a natural at keeping them in check.

The following is the copy text, taken from the entertainment poster for the “Goldie Garneau Stage Show”; 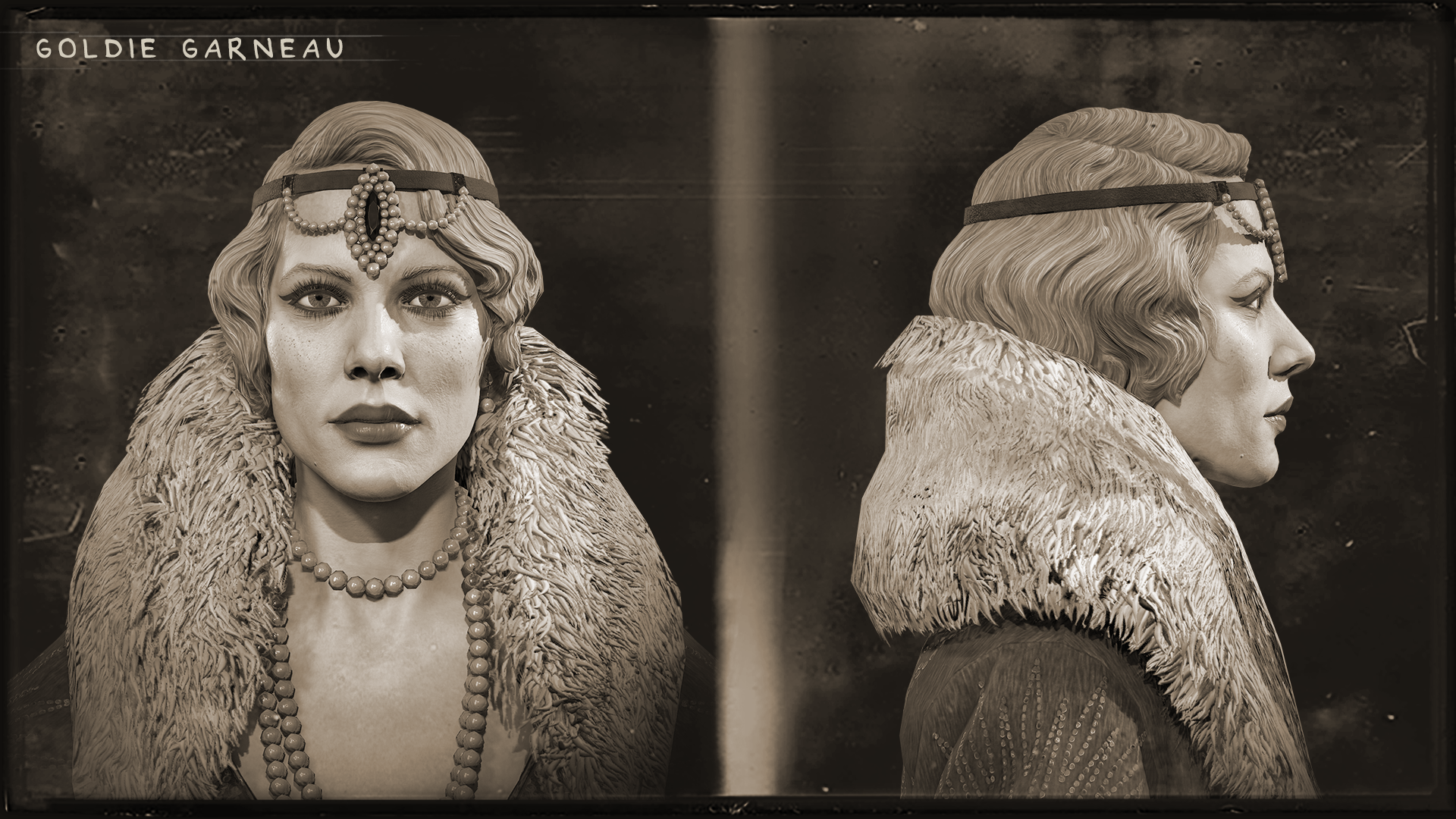 Trés Charmant!… And nothing else can describe the grace, wonder, and sheer danger of Goldie Garneau’s Stage Show. The voice of woven silk, unique, enchanting, and without a peer the whole state over. With scintillating performances that create a furor from here to East Pilsen, Goldie has proved herself indispensable to the modern showhouse, yours to see, hear, and revere right in your own neighborhood. You never know the capacity of your dollar until you have seen Goldie Garneau perform her up-to-date romantic jazz music. The spellbinding performance demands you part with your hard-earned cash, often whether you want to or not.

The eyes have it! The soul-stirring Goldie Garneau swoons audiences with the voice of a new world. But it is the mystery behind those eyes that elevates her above all other stars. Blazing with a heartache, whose origin remains taboo, jeweled with melody, spiced with an unpredictability that tops the stars of all other entertainment venues in drawing power, Goldie owns the monopoly on theater citywide.

“No one sells the soul of a song like Goldie. A special production in every sense of the word,” says The Chicago News. A magnificent and true tribute. Goldie has the charm and raw power to make even the strongest give up their most valuable possession, the soul! She has a mystique that will lift any audience off their seats. Befitting the popularity and prestige of the star, the great French stage success is a mine of mischievous moments. A true leader in entertainment personality.

Does the unusual and does it first! Goldie Garneau, now playing to packed houses everywhere, is a triumph in the most modern, never before seen feats of theatrical ability. She has enough to stun even the greatest competing stars into obscurity, and is one of the most important offerings of the new season. A night of unsurpassed enchantment, embellished with the marvelous, Goldie rises to heights of popularity unsurpassed in the city’s entertainment field. GOLDIE GARNEAU, the suave, sophisticated woman of the world is a staple for those hectic times and these postbellum days.