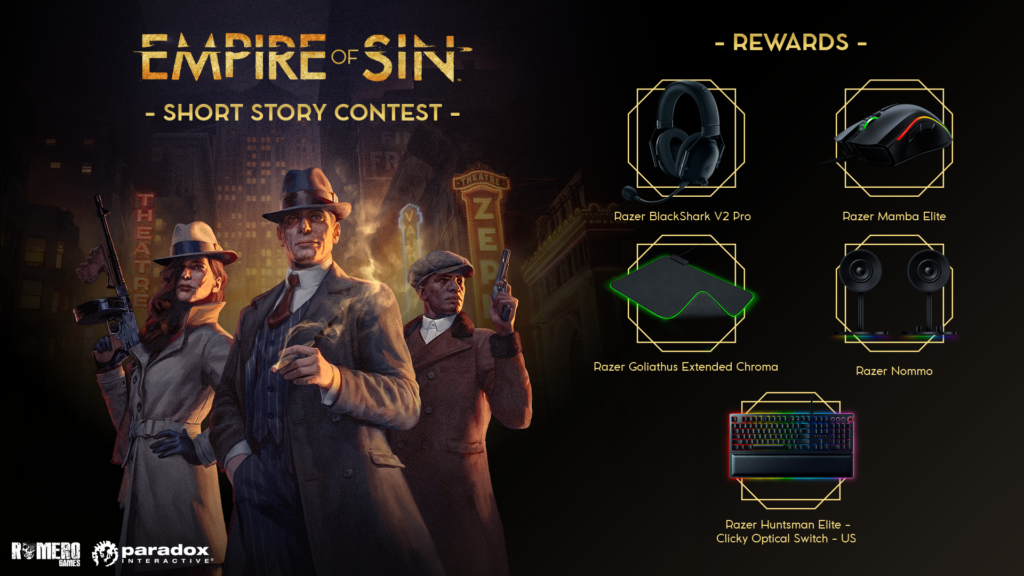 And the winners are….

Crew, we have ourselves a batch of winners! A while ago, we announced the Empire of Sin Short Story Contest, where the participants all wrote original short stories that were related to the general theme and tone of Empire of Sin. We were posilutely blown away by the entries and after having read them all, the jury has finally picked their winners!

After careful consideration and a whole lot of elbow grease the jury was able to choose 10 favorites, all of which will be published on this website in a near future. And from these 10, to comply with local law, (gotta keep our operation up to code so the copper’s won’t come sniffing around!) we randomly picked our 3 winners.

So let’s all join in applause for our three winners:

Our heartiest congratulations, Alan, Brittani and Mike! You’re all the bee’s knees.

UPDATE: As of December 23rd, 2020, the 10 finalists of the Empire of Sin Short Story Contest have been published on our website! Check them out here: Empire of Sin – Short Stories
Close
Close Close