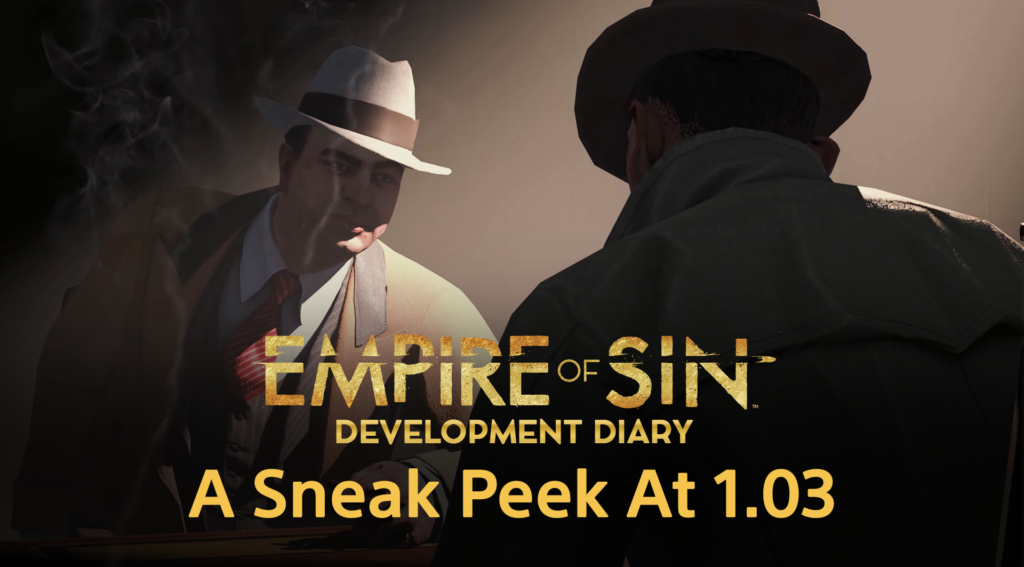 Word on the street says things are shaking up in Chicago’s underworld. Luckily, we’ve got sources very close to the action, and they’ve got the whole scoop. We ain’t no rats, but this information is too good not to share.

Information is harder to come by these days. Something spooked the bosses around the city, and they’re not taking any more chances. They’ve hidden their Safehouses, and are making extra efforts to keep the location well guarded. On game start, a Safehouse is just another white building somewhere in the neighborhood that can only be revealed by the most shrewd gangsters. They’re not even letting their guards stand out front. 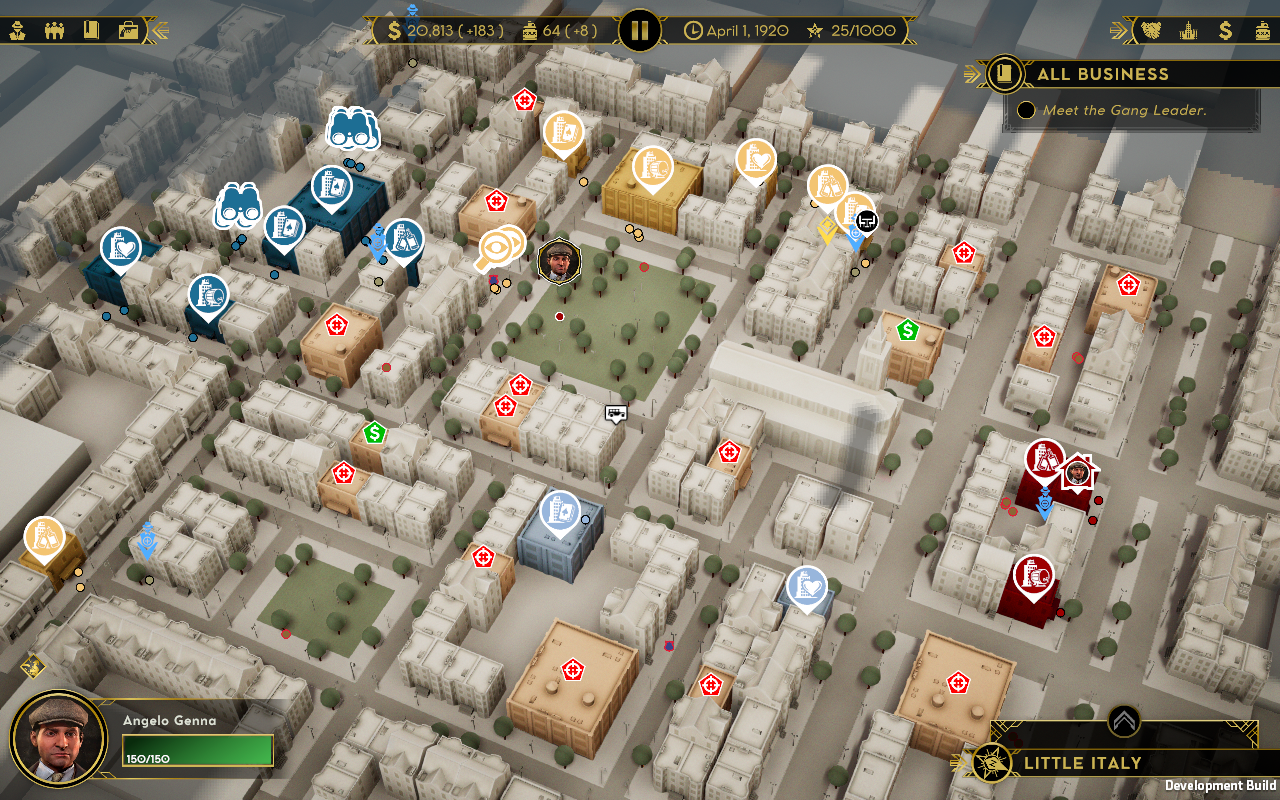 Sitdowns with other bosses can still go ahead, but you’re only invited to talk in the backroom of one of their rackets as opposed to the fancy office in their Safehouse. If the sitdown doesn’t end well, the enemy boss is still well protected, and there’s a lot of brawling to get through before they reveal their Safehouse location.

To find out how close you are to finding where another boss is hiding, check your diplomacy screen. As you can see in the pictures below, your Discovery Chance is a Safehouse icon and progress wheel shown on the enemy boss’s profile. Once you meet a new faction, your chance of finding them increases by 1% each in-game week. 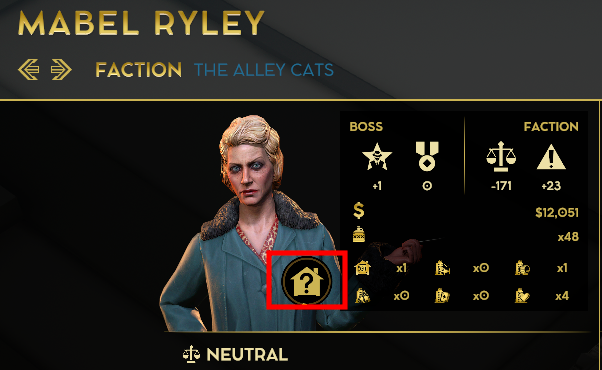 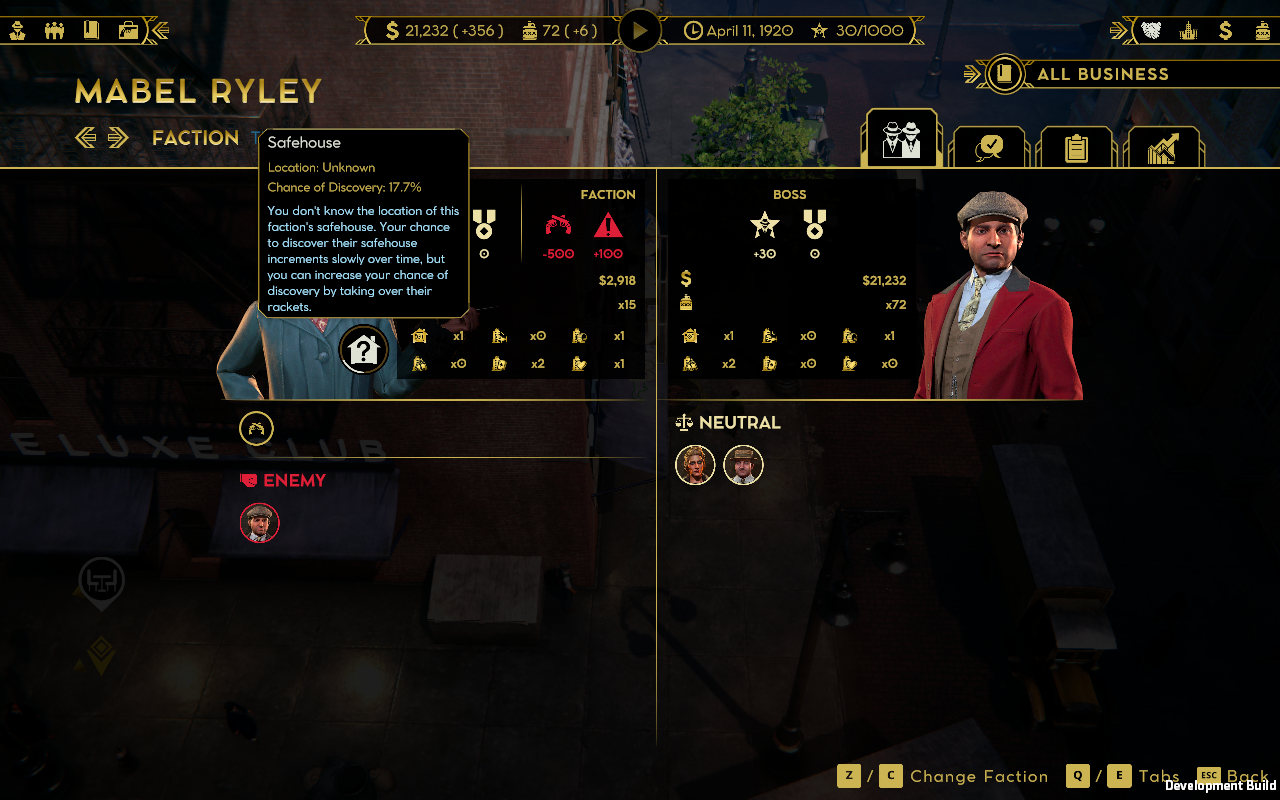 So how do you find out where a boss is hiding? We’re so glad you asked!

There’s always the old fashioned way of attacking their rackets. This is prohibition Chicago we’re talking about, where anything goes, and enemy bosses are easily pissed off. The chance of them revealing their location increases with each one of their rackets you attack (though that’s a lot easier said than done, more on that later!) There is potential to find clues in their rackets that can lead you to their location, so keep your eyes peeled. Planting a mole amongst their ranks is another way to gain information on their whereabouts. They feed you information as and when they find it.

Your discovery chance is checked every month, and if you pass the threshold, the enemy’s Safehouse is revealed. Once they’ve been rumbled, an event pop-up will tell you where the Safehouse is. As the below image shows, you can decide to view it straight away or wait until you’re good and ready. 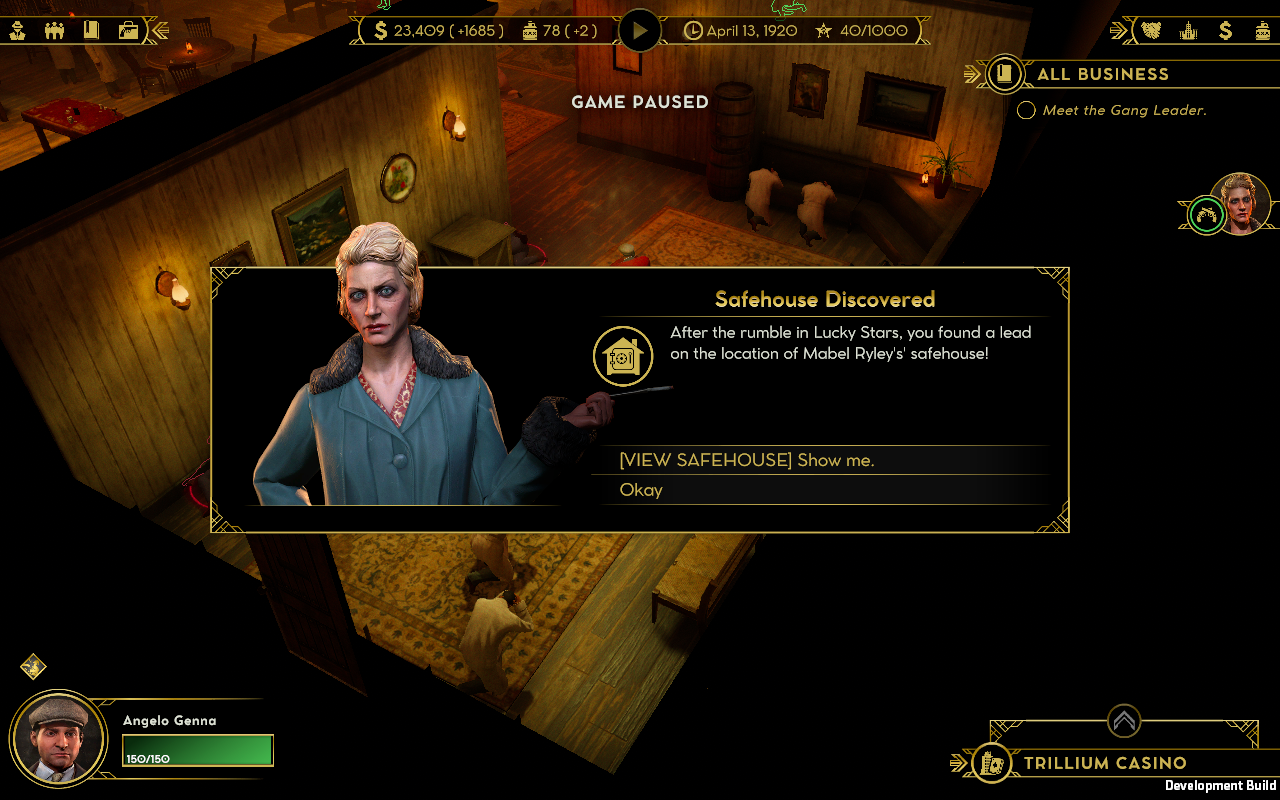 What you do with this information is entirely up to you, but as you know, Chicago’s not built for sharing. The boss knows this too, and once they’re discovered, you’ll notice their guards patrolling out front in preparation for your next move.

Let’s start with exterior combat. Thugs have wised up and are deciding to pick their battles. They don’t just start fighting with anyone in the street anymore, least of all a gang boss. The only way they can be tempted into a brawl is if you try to steal their loot crates.

As for security upgrades with major factions, there must be something in the hooch they’re drinking because security guards have gotten stronger. Tiers have increased so that with each security upgrade, they get much tougher. They have a higher HP and better armor and their attributes have also been seen to – so you can count on them having a better aim for one thing. Their inventories have remained the same, but the gear available to them has gotten better too. Security guards now have access to a stash of uncommon and rare weapons that they’re only itching to use against any opportunistic gang bosses. At security levels 4 and 5, there’s a whole new tier of racket guards on shift, and they are bigger and better than what has come before. In the picture below, you’ll see Goldie giving up the ghost. Take that as a fair warning not to arrive to combat unprepared. 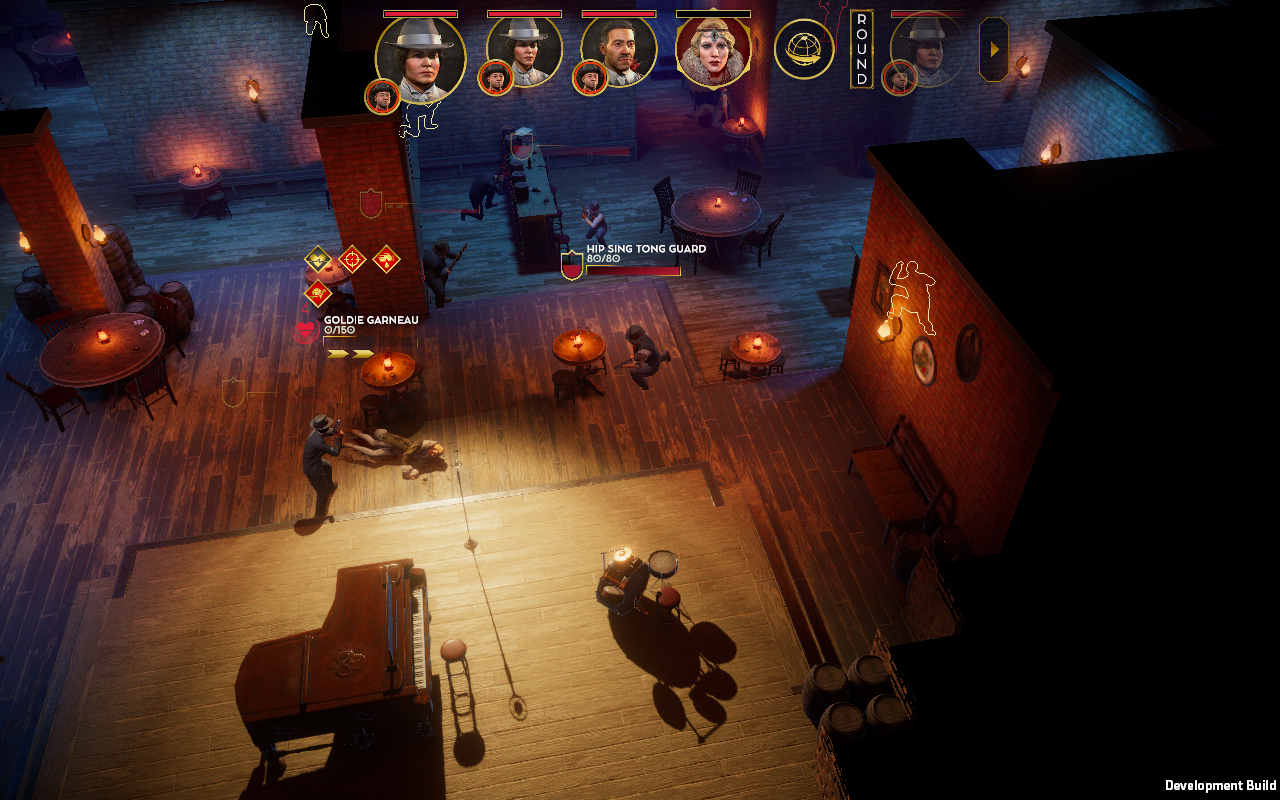 If that wasn’t enough to contend with, weapons have lost some of their bite. Critical Damage has been brought down across the board, along with some other attributes. Rifles, for instance, have had their armor damage removed, and the range for sub-machine guns has also been trimmed. As of 1.03, the functionality for armor has been revamped. As utility items, they haven’t changed, but you no longer lose your armor when it’s been riddled with lead. Now, armor gets repaired after combat and over time it gets better and rejuvenates to full protection.

Combat AI has gotten smarter too. Guards are far more likely to calculate their moves as carefully as you do during a fight. Some of the more cowardly guards, known for running around a lot, have had a stern talking-to from the Capos. They’ve grown nerves of steel and now prefer to stand their ground and empty their weapons on you. 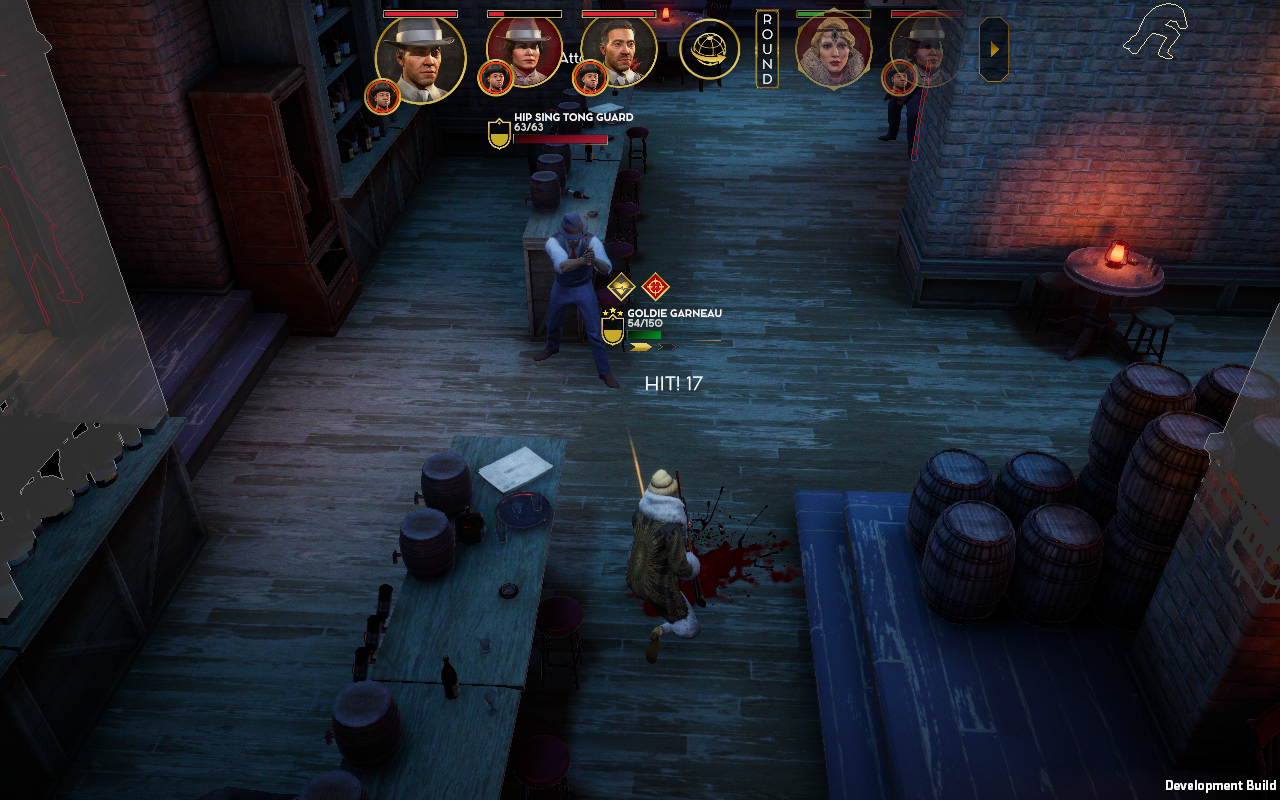 Something we’ve been seeing a lot from player’s feedback is the desire for an auto-resolve in combat. The city is a volatile place, and sometimes it’s better to let skirmishes settle themselves without getting involved. Auto-resolve is a feature that’s coming up soon on our roadmap, though the road to full functionality will happen incrementally. Changes will appear in stages and combat designer Ian O’ Neill has shared what to expect from each one. The first stage, included in 1.03, is a mini-resolve feature. Any external combat that doesn’t include a boss or a gangster will have a pop-up where you can choose to fight, or surrender. 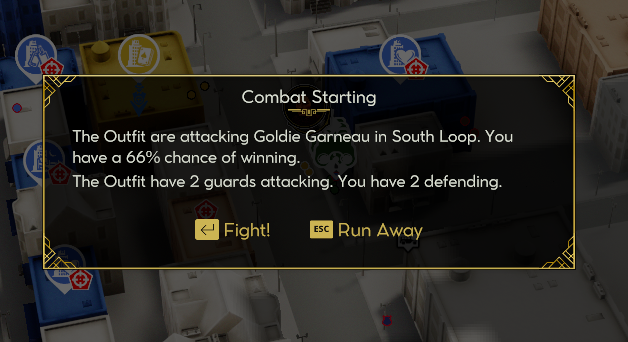 Following that, the next stage of implementation will have a very simple version of auto-resolve with an option to fight, abandon, or auto-resolve. The final steps will come to fruition over three stages with full UI, full features, and full auto-resolve for combat. But it’s coming!

In addition to everything above, there are a number of other tweaks here and there that you’re going to notice around Chicago. There’s been a host of improvements to make your playing experience better. We’ve added some building variation, UI and locale polish, as well as an auto-focusing feature that makes any new mission from boss missions or quest givers the top priority.

Also, remember fast travel? It’s now a thing of the past! Sal’s cabs have undergone a mass exodus of staff – probably from the fear of taxiing around bloodthirsty gangsters all the time – and most of the city’s taxi routes are cut. Bosses and gangsters alike can only travel by taxi to their Safehouse or from one taxi-point to another. Anything beyond that and you’re walking, pal. 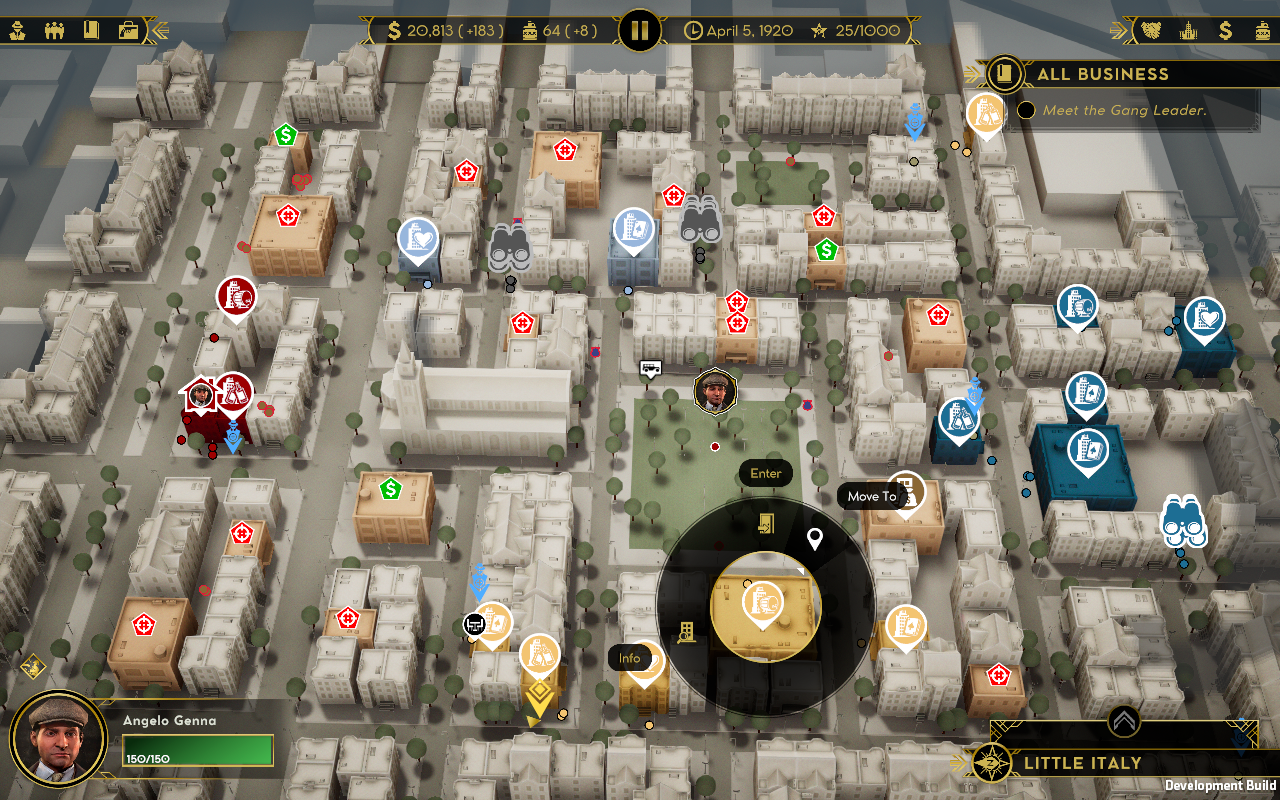 Thugs have started expressing their individuality! Giving up on copying each other’s appearance, they now have thirteen variations in appearance, all of which are randomly selected. Get a load of their new look in the picture below. 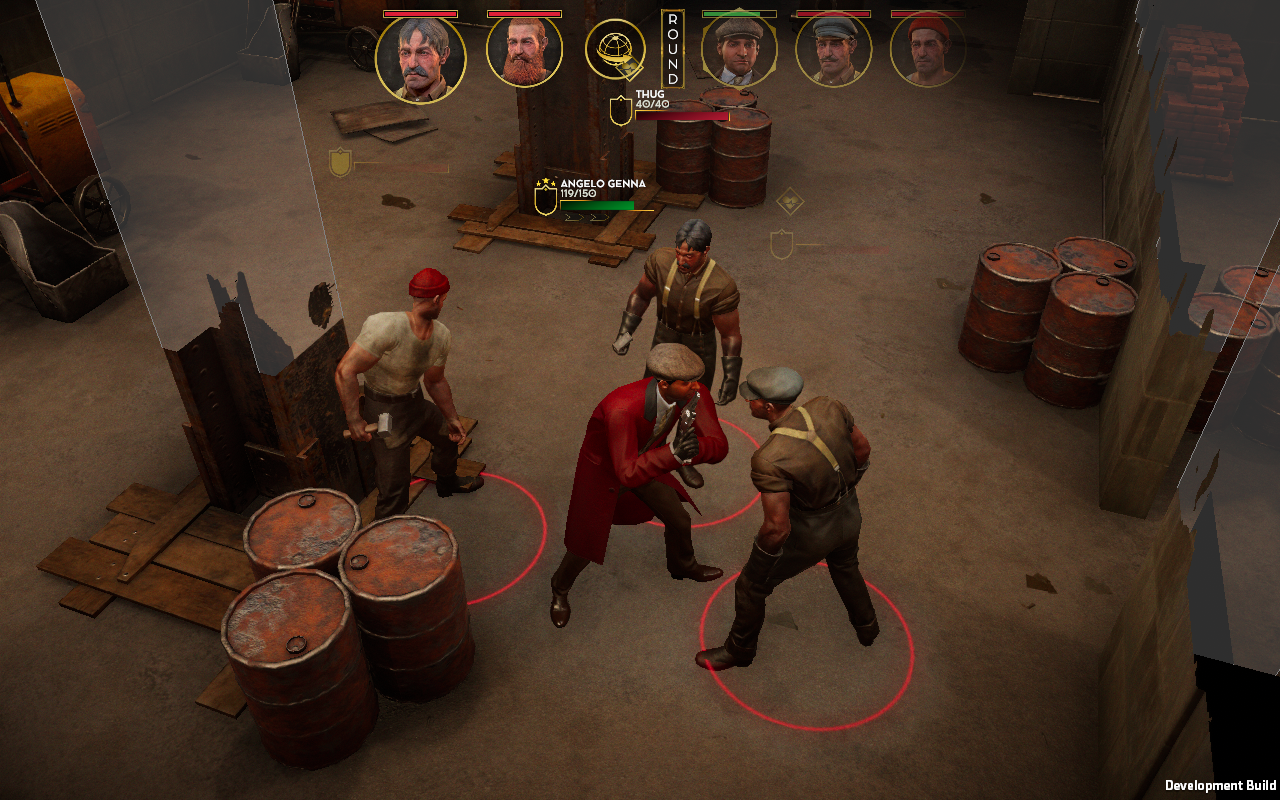 That’s all the information we could squeeze from the streets of Chicago for this round. We’ll be sure to report back as soon as we have more. Until next time gangsters, Happy Sinning!